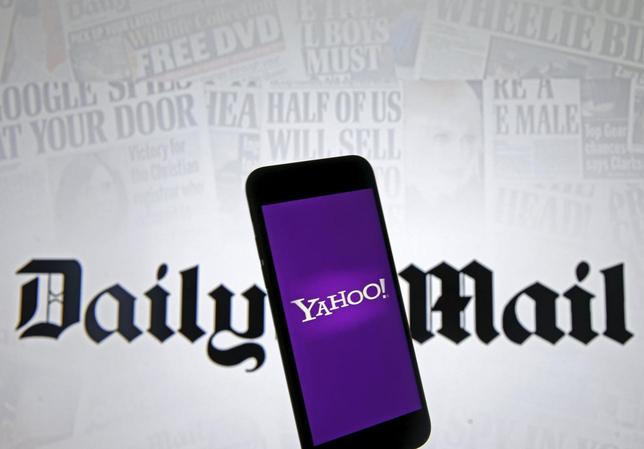 Smartphone with Yahoo logo is seen in front of a displayed Daily Mail logo in this illustration taken April 11, 2016.

The parent of Britain’s Daily Mail said on Wednesday that it had not submitted a bid to acquire Yahoo Inc’s core Internet business, but it was in talks with others who could potentially be interested in an acquisition.

Verizon Communications Inc was set to advance to the second stage of bidding for Yahoo’s core assets, as the U.S. internet company went through offers to put together a short list, Reuters reported.

(Reporting by Esha Vaish in Bengaluru; Editing by Savio D’Souza)