April 18, 2016
0
This post was originally published on this site 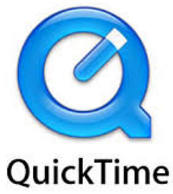 “According to Trend Micro, Apple will no longer be providing security updates for QuickTime for Windows, leaving this software vulnerable to exploitation,” US-CERT wrote. The advisory continued:

While the recommendations from US-CERT and others apparently came as a surprise to many, Apple has been distancing itself from QuickTime on Windows for some time now. In 2013, the Cupertino, Calif. tech giant deprecated all developer APIs for Quicktime on Windows.

Apple shipped an update to Quicktime in January 2016 that removed the Quicktime browser plugin on Windows systems, meaning the threat from browser-based attacks on Quicktime flaws was largely mitigated over the past few months for Windows users who have been keeping up to date with the latest version. Nevertheless, if you have Quicktime on a Windows box — do yourself a favor and get rid of it.

This entry was posted on Monday, April 18th, 2016 at 8:00 am and is filed under Latest Warnings, Other, Time to Patch. You can follow any comments to this entry through the RSS 2.0 feed. You can skip to the end and leave a comment. Pinging is currently not allowed.