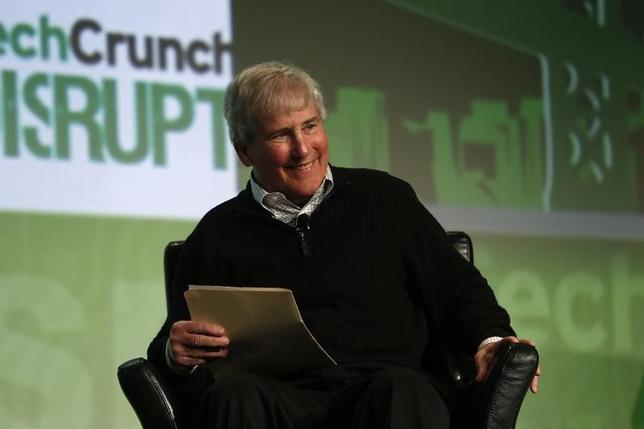 Bill Campbell, chairman of the board and former chief executive of Intuit Inc., smiles as he moderates a fireside chat with Ben Horowitz of Andreessen Horowitz during day one of TechCrunch Disrupt SF 2012 event at the San Francisco Design Center Concourse in San Francisco,…

Campbell was chief executive of tax software maker Intuit Inc from 1994 to 1998 and again for a few months until January 2000. He retired in January this year as the company’s chairman, a post he had held since 1998.

He has served on a number of boards, including Apple Inc and Columbia University.

Intuit did not immediately respond to a request to comment.