Intel shares could rise 25 percent in next year: Barron’s 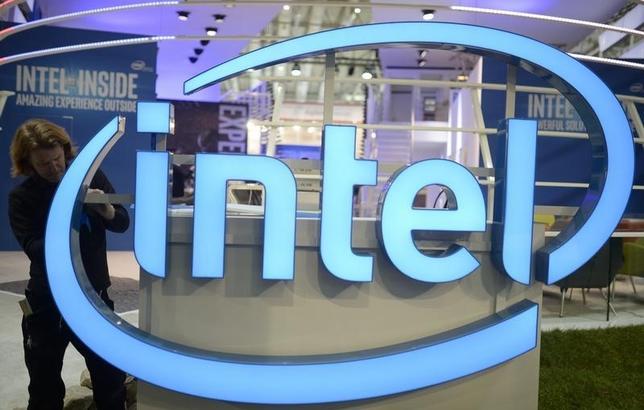 A worker arranges an Intel logo at the CeBIT trade fair, the world’s biggest computer and software fair, in Hannover March 13, 2016.

Intel Corp’s shift to higher-growth businesses such as server chips and embedded chips for cars could drive a 25 increase in its shares in a year, according to a report on Sunday in the financial publication Barron’s.

While there is a risk Intel could cut its financial guidance for the year when the chipmaker reports earnings on Tuesday, it is likely to return to sustainable growth by year’s end for the first time in seven years, the publication said.

Investors who do not own stock in Intel should wait until after the earnings call to buy shares, it added.

Intel has struggled to grow as demand for personal computer chips has dried up, Barron’s said, but growth in the company’s data center group, which includes server chips, could eventually bring in more revenue.

The gap between the two businesses has closed over the past five years.

Meanwhile, the company’s Internet of Things division, which includes chips for cars, medical devices and factories, composed just 4 percent of revenue last year but is growing at a high-single-digit pace.