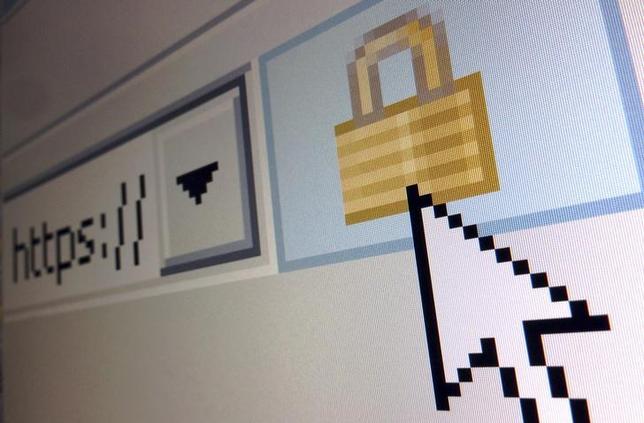 A lock icon, signifying an encrypted Internet connection, is seen on an Internet Explorer browser in a photo illustration in Paris April 15, 2014. A

Legislation that would require law enforcement to obtain a search warrant before asking technology companies to hand over dated emails unanimously moved forward in the U.S. House of Representatives on Wednesday, although its prospects for becoming law this year remain uncertain.

The House Judiciary Committee voted 28-0 to approve the Email Privacy Act, which would update a decades-old federal law to require federal authorities obtain a search warrant to access emails or other digital communications that are more than 180 days old.

Currently, law enforcement and civil agencies can ask a service provider to turn over such aged private communications with only a subpoena, which is subject to less judicial oversight than a warrant.

Prior to Wednesday’s vote the bill had gained sponsorship from 315 of a possible 435 House lawmakers, making it the most supported bill in the chamber to not earn a vote.

More than a quarter of the Senate has endorsed similar legislation, including John Cornyn, the No. 2 Republican in the chamber, and it is widely supported by the technology industry and privacy advocates.

The White House has also said it favors reforming the 1986 Electronics Communications Act, but it has not endorsed specific legislation.

Despite widespread support, it is unclear if the Email Privacy Act will become law in an otherwise gridlocked Congress unlikely to tackle much significant legislation during an election year.

“I feel very good that with a strong vote today, that the bill will make it to the Oval Office this year,” said Representative Kevin Yoder, a Kansas Republican and the original author of the bill.

A package of minor amendments from Representative Bob Goodlatte, the Republican chairman of the committee, was adopted Wednesday, including the removal of a requirement for law enforcement to serve a warrant to the subject of an investigation. The bill requires a warrant to be given only to the email provider.

Disagreements over whether civil agencies such as the Securities and Exchange Commission should be allowed to rely on subpoenas continually slowed the bill, which has floated around Congress for several years.

SEC Chairwoman Mary Jo White has argued that because her agency lacked the power extended to law enforcement to use warrants it should be granted an exception to continue using subpoenas for financial fraud investigations.

Such an exception was ultimately rejected.