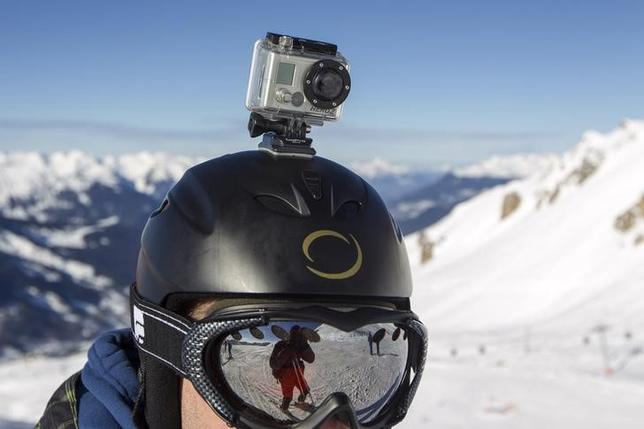 A GoPro camera is seen on a skier’s helmet as he rides down the slopes in the ski resort of Meribel, French Alps, January 7, 2014.

Coster was a core member of Apple’s industrial design team for more than 20 years and is credited with contributing to devices such as iPhone 4 and iPad wireless keyboard, the company said in a statement.

(Reporting by Kshitiz Goliya in Bengaluru; Editing by Don Sebastian)