No more curtains thanks to next generation window technology 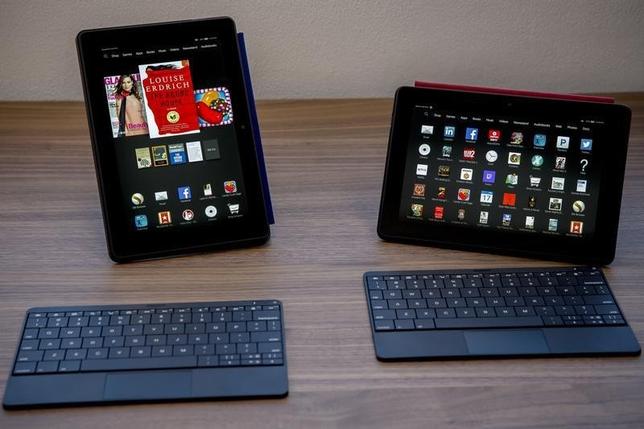 Amazon.com Inc rolled out a new Kindle e-reader on Wednesday, its eighth and slimmest device in the series, with a charger that is built into its cover.

The Kindle Oasis, which at $289.99 will be the most expensive in the range, will be available for orders on Wednesday and start shipping on April 27.

Since first launching the Kindle in 2007, Amazon has continued to roll out gadgets like its Fire tablets and most recently Echo, a line of voice activated speakers.

The Kindle has emerged as the most dominant e-reader in the market as Rakuten’s Kobo and Barnes and Noble’s Nook struggled to win customers.

Amazon hopes to attract readers to its high-end Kindle with its longer lasting battery and sleek design.

The company said the new Kindle comes with a dual battery system, meaning that attaching the device to its cover will start recharging it automatically.

The Kindle Oasis weighs 4.6 ounces and is 3.4 mm at its thinnest point.

“It’s the most advanced Kindle we’ve ever built – thin and ultra lightweight, it gets out of the way so you can lose yourself in the author’s world,” Amazon founder and CEO Jeff Bezos said in a statement.