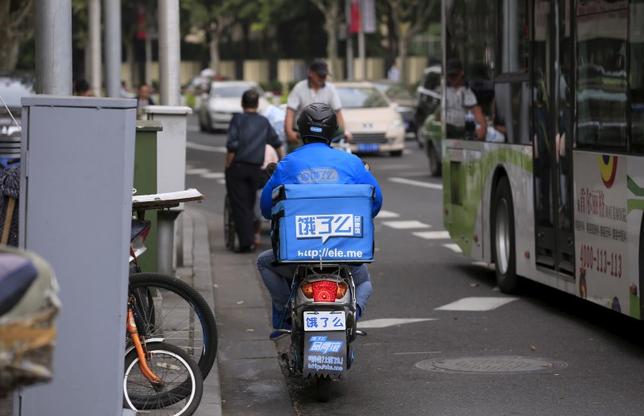 A courier of Ele.me food delivery smartphone application travels on his electric bicycle along a street in Shanghai, China, October 9, 2015.

Alibaba has invested $900 million while Ant Financial has invested $350 million, Ele.me said in a statement on its official Weibo microblog. Alibaba confirmed the investment in an emailed statement to Reuters.

The investments will help bolster Ele.me’s position in a fiercely competitive online food delivery market, where it faces deep-pocketed rivals including Baidu Inc, Meituan-Dianping and Alibaba’s own platform Koubei.

Neither Ele.me nor Alibaba gave further details on the deal or said what stakes Alibaba and Ant Financial would receive.

Leading business weekly Caixin reported in December that Alibaba had agreed to invest $1.25 billion in the food-delivery firm for a 27.7 percent stake.

Ele.me, which roughly translates as ‘Hungry Now?’, is part of a trend in China for what is known as online-to-offline (O2O) services. These include taxi hailing and restaurant review apps that link smartphone users with offline businesses.

Broader-focused Meituan-Dianping said in January it had raised over $3.3 billion from investors including Alibaba-rival Tencent Holdings Ltd, an amount that valued the firm at more than $18 billion.