Streaming revenues ride to the rescue of global music earnings 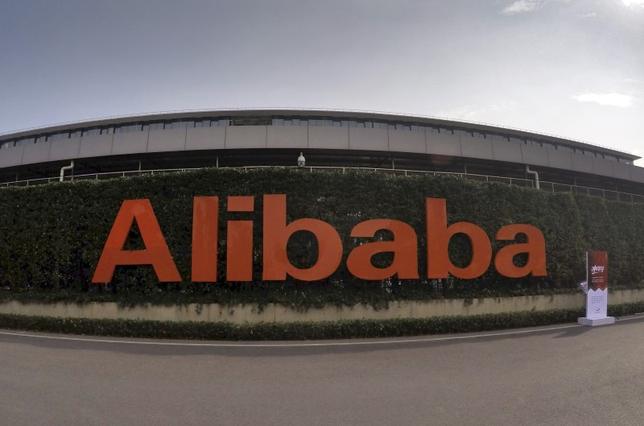 A logo of Alibaba Group is pictured at its headquarters in Hangzhou, Zhejiang province, China, October 14, 2015.

Lazada, founded by Germany’s Rocket Internet in 2012, is headquartered in Singapore and also operates in Malaysia, Indonesia, the Philippines, Thailand and Vietnam. That affords Alibaba a chance to tap the region’s growth potential, but the market is also competitive and fragmented, with only a tiny fraction of total retail sales currently conducted online.

“Southeast Asia has a lot of overlap with China in terms of consumer habits, intra-regional trade and tastes,” said Duncan Clark, chairman of investment advisory firm BDA China and author of a book on Alibaba.

“Rocket in this case has managed to create a successful, multi-market player in a region which needs scale and breadth to be viable. This has obvious appeal to Alibaba.”

Lazada saw revenue jump 81 percent to $190.0 million in the first nine months of 2015, while active customers more than tripled to 7.3 million. However, its adjusted loss before interest, tax, depreciation and amortization more than doubled to $212.9 million. Rocket reports 2015 figures on Thursday.

Under the deal announced on Tuesday – Alibaba’s biggest overseas investment so far, according to Thomson Reuters data – the firm will buy about $500 million of newly issued Lazada shares. The rest will be bought from current shareholders.

These include Britain’s biggest supermarket operator, Tesco Plc, which said it would sell an 8.6 percent stake for $129 million, valuing Lazada at $1.5 billion. Rocket and Swedish investor Kinnevik will also sell shares.

Neither Alibaba nor Lazada specified the size of the stake purchased, but the sales imply a two-thirds holding.

Alibaba also has the option, 12-18 months after the deal closes, to buy remaining stakes from Lazada shareholders.

TOUGH, HOME AND AWAY

China is getting tougher for Alibaba. In the last three months of 2015, the total value of goods transacted on the company’s e-commerce sites rose by its slowest annual rate in more than three years.

The company has been hit by a barrage of issues, including China’s worst economic growth in a quarter of a century, an effort to clean up prevalent fakes on Alibaba’s platforms, and tough competition from smaller rival JD.com Inc, analysts have said.

Rocket Internet is known for funding and ultimately selling start-ups that follow the model of successful existing businesses. When Lazada first emerged, it was pegged as a Southeast Asian version of Amazon.com Inc.

The sale is welcome news for Rocket, which has seen its stock sag since it listed in October 2014 on investor concern that all its leading start-ups are still making heavy losses. The stock was up 4.9 percent at 1144 GMT.

“We had always had concerns that Lazada could fall victim to intense competition from Alibaba, yet here we have an example of an internet giant buying out the smaller competitor at a substantial valuation,” said Berenberg analyst Sarah Simon.

Lazada works with third-party players and develops its own logistics to improve goods delivery to customers’ doors. In December, the company said it planned to double its number of warehouses from 10 to 20 over the next few years to keep up with a surge in e-commerce from customers outside big cities.

The e-commerce market for business-to-consumer sales across all of Indonesia, the Philippines, Singapore, Malaysia, Vietnam and Thailand was just $10.5 billion in 2015, or 1.5 percent of retail volume, according to consultancy firm Frost & Sullivan.

By comparison, it accounts for 12 percent of retail in China, and 8 percent in the United States.

(Additional reporting by Aradhana Aravindan in SINGAPORE, Fransiska Nangoy and Eveline Danubrata in JAKARTA and Emma Thomasson in BERLIN; Editing by Kenneth Maxwell and Mark Potter)