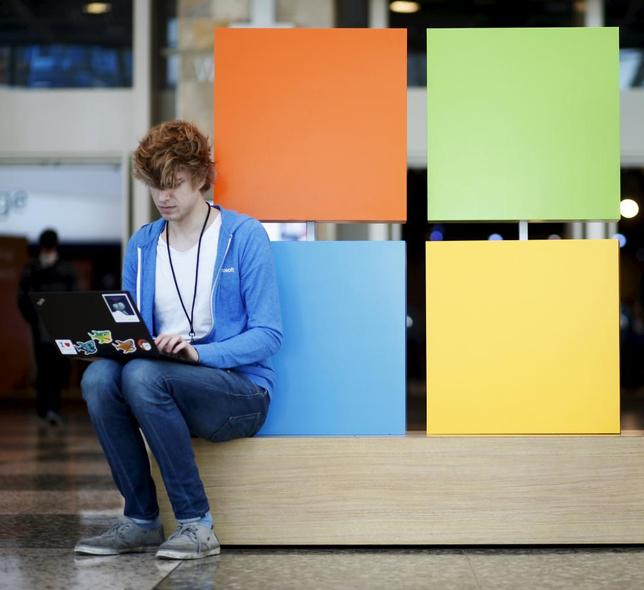 An attendee works next to the Microsoft logo during the Microsoft Build 2016 Developers Conference in San Francisco, California March 30, 2016.

The automaker has established Toyota Connected at its U.S. headquarters in Plano, Texas, to consolidate its existing connectivity services and serve as the company’s “data science” hub. Microsoft has a 5 percent stake in the venture.

Among the services to be developed or expanded under Toyota Connected are insurance coverage and rates based on owners’ actual driving patterns; connected vehicle networks that can share information on traffic and weather conditions, such as icy roads; and information services tailored to a driver’s habits and preferences, including monitoring heart rate, glucose level and other personal health data.

The new wireless services will use Microsoft’s cloud-based Azure platform. Toyota launched its initial partnership with Microsoft in 2011. Ford Motor Co introduced a similar program with Microsoft a year ago, and BMW AG and Nissan Motor Co announced Azure-based services earlier this year.

Toyota Connected will use Microsoft’s cloud technology to develop “predictive, contextual and intuitive services” to “humanize the driving experience while pushing the technology into the background,” Toyota said.

In addition, the new organization will provide support for Toyota’s ongoing research in robotics and artificial intelligence, as well as development of self-driving cars.

(Reporting by Paul Lienert in Detroit; Editing by Phil Berlowitz)