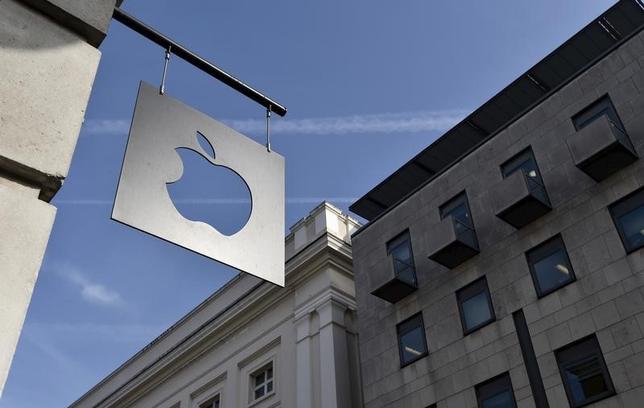 A sign is seen outside the Apple Store in Covent Garden in London, April 10, 2015.

A two-year investigation into whether Apple’s (AAPL.O) tax deal with Irish authorities gave the iPhone maker an unfair advantage will take a lot longer because of the large amount of data involved, the EU antitrust chief said on Monday.

The European Commission accused Ireland in 2014 of dodging international tax rules by letting Apple shelter profits worth tens of billions of dollars from tax collectors in return for maintaining jobs.

European Competition Commissioner Margrethe Vestager said she had asked Ireland for more details, which in turn raised new questions that required a response from the authorities and occasionally from Apple as well.

“The first priority is the quality of the case work… And therefore it is very difficult to make predictions as to when the case will be ready for a decision,” Vestager told a European Parliament hearing.

Both Ireland and Apple have denied any special tax deal.

Vestager also said she had asked British tax authorities for details on their back tax deal with Google (GOOGL.O) following a complaint from the Scottish National Party (SNP).

“We are in contact with the UK authorities on the Google tax case. It is still early days,” she said.

The British government hailed the 130 million pound ($185.9 million) settlement, announced in January, as a major success but the opposition Labour Party dismissed it as “derisory” and other parties also criticized it.

Google has said it paid all due taxes.