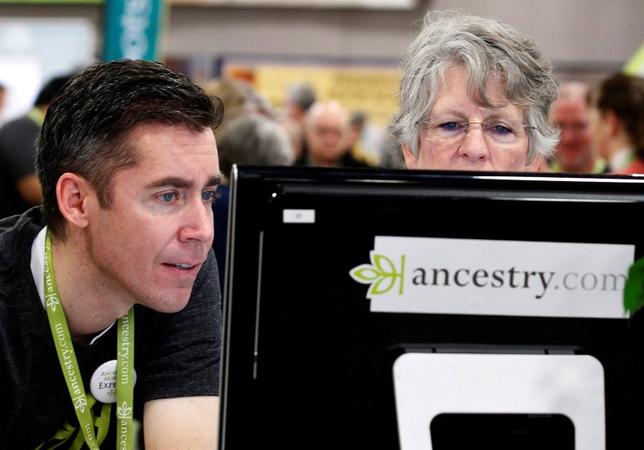 Private equity firm Silver Lake Partners has agreed to acquire a minority stake in Ancestry.com in a deal that values the privately held genealogy website at $2.6 billion, including debt, people familiar with the matter said on Friday.

The investment represents a bet that Ancestry’s fast-growing DNA business will continue to expand. Ancestry sold 1 million genomics kits last year, a 93 percent increase from the prior year, as people keen to discover their roots sent in saliva samples.

GIC, Singapore’s sovereign wealth fund and an existing investor in Ancestry, will increase its stake and hold as much equity in the company as Silver Lake, the people said. The individual stakes of the investors and the amounts of money invested could not be learned.

Private equity firms Permira Advisers Ltd and Spectrum Equity Management LP, together with GIC, took Ancestry private in December 2012 for $1.6 billion. With the latest transaction, Permira has already made about three times its money on the deal, one of the people said.

Permira, Spectrum Equity and GIC will own a majority of the Ancestry’s voting stock and will designate the majority of the company’s board following the deal with Silver Lake, the people said.

The sources asked not to be identified because the transaction has not been officially announced. Silver Lake, Permira and Ancestry declined to comment. Spectrum Equity and GIC did not immediately respond to requests for comment.

Based in Provo, Utah, Ancestry has a database of more than 17 billion historical records and more than 2.2 million paying subscribers. Subscription fees accounted for 83 percent of its total revenue of $619.6 million last year.

Ancestry is also working on a health service that helps users trace medical conditions in their family, and has said it will invest more in health initiatives this year.

Ancestry also owns other brands, including Archives, a database of historical records, military records service Fold3, and Newspapers.com, a collaboration with Gannett Co (GCI.N) to put together a digital database of daily newspapers.

The service also helps celebrities trace their genealogy on television shows “Finding Your Roots” on PBS and “Who Do You Think You Are?” on TLC, a move that has caused increased interest in its core business.

Ancestry’s adjusted earnings before interest, tax, depreciation and amortization were $258.6 million last year, up from $214.8 million in 2014.

The company later paid a $215 million dividend to its shareholders.

(Reporting by Greg Roumeliotis and Liana B. Baker in New York; Editing by Lisa Von Ahn)