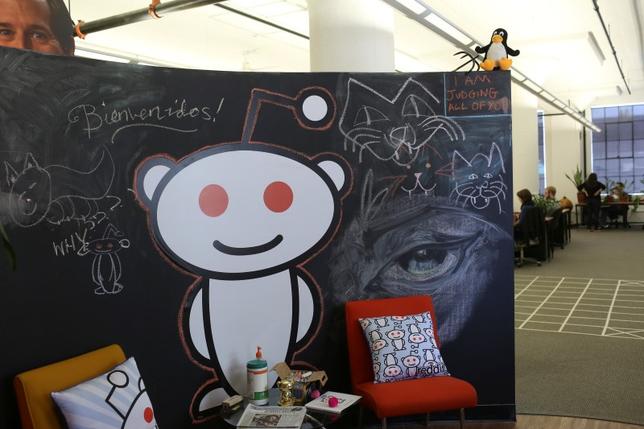 A Reddit mascot is shown at the company’s headquarters in San Francisco, California April 15, 2014.

Digital privacy advocates and users of Reddit expressed their alarm on Friday over a change in the forum’s transparency report that suggested it may have been asked to give customer data to FBI investigators under a secretive government authority.

The annual report lists a variety of requests the site has received for information on users and for removal of content. On Thursday, Reddit deleted a paragraph known as a “warrant canary.”

The paragraph had said that Reddit had not been subject to national security letters, which are used by the FBI to conduct electronic surveillance without the need for court approval, or “any other classified request for user information.”

Privacy advocates have long contested the letters, saying they are not subject to sufficient judicial oversight or transparency safeguards.

Brett Max Kaufman, an attorney with the American Civil Liberties Union, said on Friday that authorities were possibly seeking the IP address, or an identifying number that corresponds to a specific computer, of an anonymous user on Reddit. Private messages between users could also be subject to search.

Reddit collects relatively little customer data that could be subject to a national security letter and useful for investigators, Kaufman said. Reddit does not require users to reveal their identities and stores less customer data overall compared to email or other social media such as Facebook, he said.

“Is dissent a threat to national security?” tweeted Snowden (@Snowden), whose leaks prompted a vigorous international debate about digital privacy and surveillance.

The leaks helped popularize the use of “warrant canaries” by tech firms eager to display resistance to government attempts to obtain access to user data.

“When you ask someone ‘Are you helping authorities in investigations?’ and they say ‘I’m not allowed to discuss that with you,’ I think the question has been answered,” wrote Reddit user khegiobridge.

National security letters are almost always accompanied by an open-ended gag order barring companies from disclosing the contents of the demand for customer data, making it difficult for firms to openly discuss how they handle the subpoenas.

That has led many companies to rely on somewhat vague warnings. Apple previously had a “warrant canary” but removed it in 2014.

“I’ve been advised not to say anything one way or the other,” Reddit Chief Executive Officer Steve Huffman, who goes by “spez” on the site, said in a thread discussing the change. “Even with the canaries, we’re treading a fine line.”

The FBI can use national security letters to compel Internet and telecommunications firms to hand over a wide range of customer data, including web browsing history and records of online purchases.

National security letters have been available as a law enforcement tool since the 1970s, but their frequency and breadth expanded dramatically under the USA Patriot Act, which was passed shortly after the Sept. 11, 2001 attacks on the United States by Islamist militants.

Several thousand of the letters are now issued by the FBI every year. At one point more than 50,000 such letters were issued annually.

In 2014, Twitter sued the U.S. Department of Justice on grounds that the restrictions placed on its ability to reveal information about government surveillance orders violates free speech rights. Reddit and others have filed friend of the court briefs in Twitter’s lawsuit.