The earliest investors in Oculus’s fundraising campaign on crowdfunding website Kickstarter in 2012 started receiving their Rift headsets from Monday.

The first of the pre-orders will start shipping from mid-week, Oculus said. (ocul.us/1URqQIL)

The company, founded in 2012, launched a campaign on Kickstarter to raise $250,000. A couple of years later, Facebook bought Oculus for about $2 billion.

Facebook Chief Executive Mark Zuckerberg has said that he saw virtual reality as the next major computing platform.

This year, HTC Corp (2498.TW) and Sony Corp (6758.T) are also set to launch their virtual reality devices as companies look to offer enhanced gaming and entertainment experiences to customers.

“The headset you can buy today is not Oculus’s most ambitious vision for virtual reality – but it’s a vision that Oculus has successfully delivered on,” Adi Robertson of technology website the Verge said in a review on Monday. (bit.ly/1pFhKBz)

The black headgear, priced at $599, comes with a remote, an audio system, a sensor and an Xbox One wireless controller.

Oculus said there were more than 30 games available on the Oculus Store and it would soon add feature-length movies and more content. 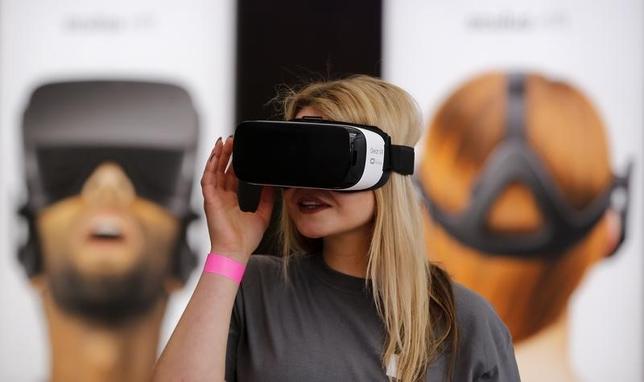 A Facebook staff uses a Gear VR virtual reality headset by Oculus and Samsung Electronics at the new Facebook Innovation Hub during a preview media tour in Berlin, Germany, February 24, 2016.