Sharp warns on earnings as takeover talks with Foxconn drag on 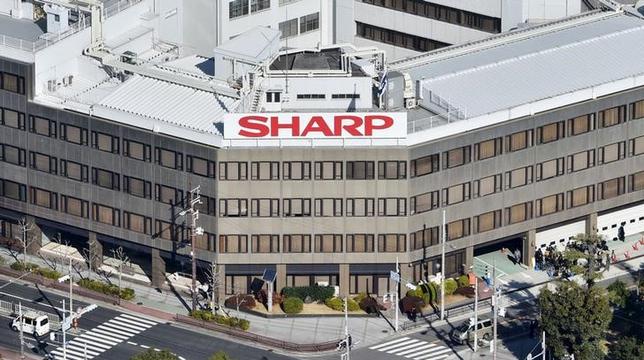 Sharp Corp said its annual earnings were likely to fall short of its official guidance citing a slowing China market, a factor that Taiwan’s Foxconn is expected to use to lower its offer for the loss-making Japanese display maker.

The statement was in response to a report by the Yomiuri newspaper on Friday that Sharp could book an operating loss of “tens of billions of yen” for the year ending this month, mirroring a Reuters report earlier this week.

Sources have told Reuters that Sharp will likely to book an annual loss on that scale rather than the 10 billion yen ($88 million) operating profit it had forecast in October.

Foxconn was close to signing a deal to take over Sharp last month but hit the pause button due to revelations of previously undisclosed liabilities at the Japanese firm. The two are hoping to hammer out a deal by end-March, sources have said.

Foxconn, formally known as Hon Hai Precision Industry Co, is seeking to lower its 489 billion yen ($4.3 billion) offer for a two-thirds stake by at least about 100 billion yen, two sources have told Reuters.

The equity stake is the biggest portion of a deal that was at one stage estimated to be worth $5.8 billion.

Once a leader in high-end displays for smartphones and TVs, Sharp has struggled as it failed to innovate enough in display technology to fend off pricing pressure from Asian rivals.

Two bank bailouts since 2012 did little to help turn its business around, while a slowdown in China’s smartphone market has hit its sales in recent months.

Rival Japan Display Inc last month forecast an operating loss in the current quarter citing the weaker Chinese market and slowing sales at its biggest client, which is widely understood to be Apple Inc.

Shares in Sharp were flat on Friday morning in line with Tokyo’s benchmark Nikkei average.