March 24, 2016
0
This post was originally published on this site

Many U.S. citizens are bound to experience delays in getting their tax returns processed this year, thanks largely to more stringent controls enacted by Uncle Sam and the states to block fraudulent tax refund requests filed by identity thieves. A steady drip of corporate data breaches involving phished employee W-2 information is adding to the backlog, as is an apparent mass adoption by ID thieves of professional tax services for processing large numbers of phony refund requests. 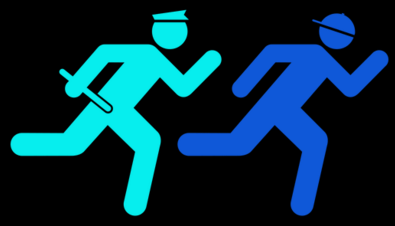 According to data released this week by anti-fraud company iovation, the Internal Revenue Service is taking up to three times longer to review 2015 tax returns compared to past years.

Julie Magee, commissioner of Alabama’s Department of Revenue,  said much of the delay this year at the state level is likely due to new “fraud filters” the states have put in place with Gentax, a return processing and auditing system used by about half of U.S. state revenue departments. If the states can’t outright deny a suspicious refund request, they’ll very often deny the requested electronic bank deposit and issue a paper check to the taxpayer’s known address instead.

“Many states decided they weren’t going to start paying refunds until March 1, and on our side we’ve been using all our internal fraud resources and tools to analyze the tax return before we even put it in the queue,” Magee said. “That’s delaying refunds nationwide for the IRS and the states, and it’s pretty much going to also mean a helluva lot of paper checks are going out this year.”

The added fraud filters that states are employing take advantage of data elements shared for the first time this tax season by the major online tax preparation firms such as TurboTax. The filters look for patterns known to be associated with phony refund requests, such how quickly the return was filed, or whether the same Internet address was seen completing multiple returns.

Magee said some of the states have been adding new fraud filters nearly every time they learn of another big breach involving large numbers of stolen or phished employee W2 data, a huge problem this tax season that is forcing dozens of companies large and small to disclose data breaches over the past few weeks.

“Every time we turn around getting a phone call about another breach,” Magee said. “Because of all the different breaches, the states and the IRS have been taking extreme measures to filter, filter, filter. And each time we’d get news of an additional breach, we’d start over, reprogram our fraud filters, and re-assess those returns that were not processed fully yet and those waiting to be processed.”

“I have zero confidence that filings which match this pattern are legitimate,” Magee said. “It’s early still, but our new filtering system seems to be working. But it’s still a big unknown about the percentage of fraudulent refunds we’re not stopping.”

Most states didn’t start processing returns until after March 1, which is exactly when a flood of data breaches related to phished employee W2 data began washing up. As KrebsOnSecurity first warned in mid-February, thieves have been sending targeted phishing emails to human resources and finance employees at countless organizations, spoofing a message from the CEO requesting all employee W2’s in PDF format.

In Magee’s own state, W2 phishers hauled in tax data on an estimated 180 employees of ISCO Industries in Huntsville, and some 425 employees at the EWTN Global Catholic Network in Irondale, Ala. But those are just the ones that have been made public. Magee’s office only learned of those breaches after employees at the affected organizations reached out to journalists who then wrote about the compromises.

Magee said Alabama and other states are dealing with a huge spike this year in fraudulent refund requests filed via criminals who use online software firms that specialize in selling e-filing services to tax professionals.

According to Magee, crooks first register with the IRS as “electronic return originators.” EROs are typically accountants or tax preparation firms authorized by the IRS to prepare and transmit tax returns for people and companies electronically.  Magee said thieves have been registering as EROs and then buying tax preparation software and services from firms like PETZ Enterprises to push through large numbers of phony refund requets.

“The biggest move [in refund fraud] this year is in the so-called ‘professional services applications,’ which are being flagged in high rates this year for fraud,” Magee said. “And that’s not just Alabama. A great number of other states are seeing the same thing. We have always had fraud in that area, but we’re seeing significantly higher rates of fraud there now.”

Magee said tax software prep firms should be required to conduct more due diligence on their clients.

“In the state of Alabama, you need a license to cut someone’s hair, to be a barber or a cosmetologist, but anyone can become a tax preparation professional with no certification at all,” Magee said. “The software firms are where all the fraud is going now. The criminal becomes an ERO, and then he can just sit there all day and file an unlimited number of fraudulent returns.”

PETZ did not respond to requests for comment. But Stephen Ryan, a lobbyist for the industry group American Coalition for Taxpayer Rights, said states are free to regulate tax providers as they see fit.

“If there are facts that demonstrate there is a problem such as is being alleged about unscrupulous local preparers using professional software they license, the state certainly has the sovereign authority to prosecute or regulate this,” Ryan said. “If a specific source of fraud or crimes is being locally committed, that’s a pretty easy enforcement target to focus upon. And in the unlikely case a state doesn’t have that authority, they can seek it from their legislature.”

Look for additional stories in the coming days as part of a series on tax refund fraud in 2016. Next week, I’ll take a closer look at how thieves are exploiting know-your-customer weaknesses in the prepaid card industry to launder the proceeds from refund fraud and other schemes.

This entry was posted on Thursday, March 24th, 2016 at 10:51 am and is filed under Tax Refund Fraud. You can follow any comments to this entry through the RSS 2.0 feed. You can skip to the end and leave a comment. Pinging is currently not allowed.