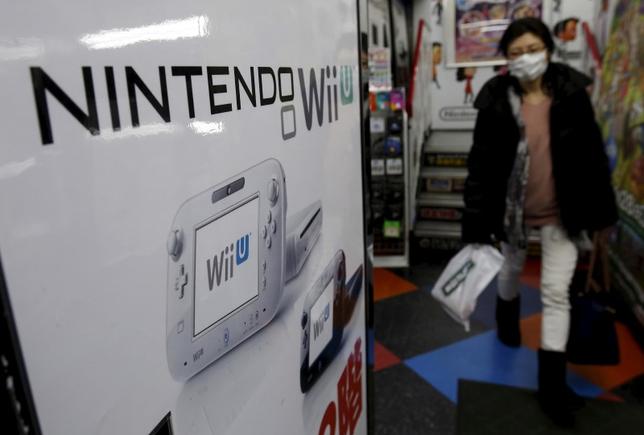 A woman walks past an advertisement board of Nintendo Co Ltd’s Wii U game console at an electronics retail store in Tokyo, Japan, February 2, 2016.

Japanese videogame maker Nintendo Co Ltd will stop production of the Wii U video game console as early as this year after stagnant sales, Nikkei reported on Tuesday.

A few components of the device have already been stopped and parts inventory will dry up this year, according to Nikkei.

Nintendo’s Wii U console has lagged behind Sony Corp’s PlayStation and Microsoft Corp’s Xbox, while the rise of smartphone games has won over many gamers.

(Reporting by Vishal Sridhar in Bengaluru; Editing by Bill Rigby)