U.S. says it may not need Apple to open San Bernardino iPhone 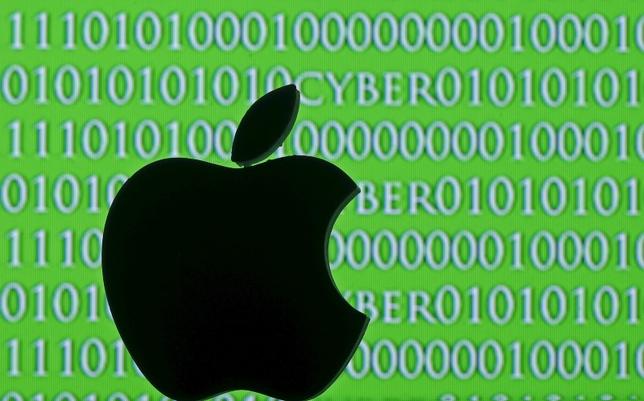 3D printed Apple logo are seen in front of a displayed cyber code in this illustration taken February 26, 2016.

U.S. prosecutors said Monday that a “third party” had presented a possible method for opening an encrypted iPhone used by one of the San Bernardino shooters, a development that could bring an abrupt end to the high-stakes legal showdown between the government and Apple Inc.

A federal judge in Riverside, California, late Monday agreed to the government’s request to postpone a hearing scheduled for Tuesday so that prosecutors could try the newly discovered technique. The Justice Department said it would update the court on April 5.

The government had insisted until Monday that it had no way to access the phone used by Rizwan Farook, one of the two killers in the December massacre in San Bernardino, California, except to force Apple to write new software that would disable the password protection.

The Justice Department last month obtained a court order directing Apple to create that software, but Apple has fought back, arguing that the order is an overreach by the government and would undermine computer security for everyone.

The announcement on Monday that an unnamed third party had presented a way of breaking into the phone on Sunday – just two days before the hearing and after weeks of heated back-and-forth in court filings – drew skepticism from many in the tech community who have insisted that there were other ways to get into the phone.

“From a purely technical perspective, one of the most fragile parts of the government’s case is the claim that Apple’s help is required to unlock the phone,” said Matt Blaze, a professor and computer security expert at the University of Pennsylvania. “Many in the technical community have been skeptical that this is true, especially given the government’s considerable resources.”

Former prosecutors and lawyers supporting Apple said the move suggested that the Justice Department feared it would lose the legal battle, or at minimum would be forced to admit that it had not tried every other way to get into the phone.

In a statement, the Justice Department said its only interest has always been gaining access to the information on the phone and that it had continued to explore alternatives even as litigation began. It offered no details on the new technique but said it was “cautiously optimistic” it would work.

“That is why we asked the court to give us some time to explore this option,” a spokeswoman for the Justice Department, Melanie R. Newman, said. “If this solution works, it will allow us to search the phone and continue our investigation into the terrorist attack that killed 14 people and wounded 22 people.”

It would also likely end the case without a legal showdown that many had expected to reach the U.S. Supreme Court.

Nate Cardozo, staff attorney at the Electronic Frontier Foundation, a civil liberties group backing Apple, said the San Bernardino case was the “hand-chosen test case” for the government to establish its authority to access electronic information by whatever means necessary.

In that context, he said, the last-minute discovery of a possible solution and the cancellation of the hearing is “suspicious,” and suggests the government might be worried about losing and setting a bad precedent.

“The problem is not going away, it’s just been delayed for a year or two,” he said.

Apple’s chief executive, Tim Cook, and his allies have argued that it would be unprecedented to force a company to develop a new product to assist a government investigation, and that other law enforcement agencies around the world would rapidly demand similar services.

Law enforcement officials, led by FBI Director James Comey, have countered that access to phones and other devices is crucial for intelligence work and criminal investigations.

The government and the tech industry have clashed for years over similar issues, and Congress has been unable to pass legislation to address the impasse.