After a year, Carnegie Mellon and Uber research initiative is stalled 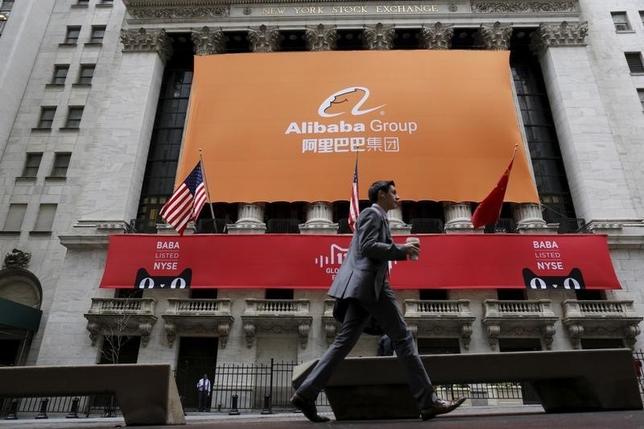 Chinese e-commerce company Alibaba Group Holding Ltd said on Monday its total transaction volume had surpassed 3 trillion yuan ($463 billion) in the fiscal year through end-March, highlighting a milestone even as growth has slowed.

With less than two weeks left in the fiscal year, the figure represents growth of about 23 percent from the 2.44 trillion yuan in gross merchandise volume (GMV) Alibaba reported for the previous year – a significant downshift from the 46 percent GMV growth it had in the year to March 31, 2015.

Alibaba has sought to bring more foreign sellers onto its e-commerce platforms and penetrate China’s huge and largely untapped rural consumer market as Chinese economic growth has slowed to a 25-year low.

In a post on the company’s external blog, Executive Vice Chairman Joe Tsai wrote that the company’s growing GMV reflected China’s shift away from investment and export-led growth toward consumption and services, with Alibaba “at the heart OF this new economy”.

For analysts, GMV is an important measure of Alibaba’s growth. But Tsai suggested that GMV, which has tripled since 2012, was becoming less important as a measure of the company’s success.

“Growth is meaningless unless it is sustainable. Thus, we have turned our focus to quality growth and broadening domestic consumption,” he wrote.

“While GMV is a proxy for scale, our focus on quality and sustainable growth means how we measure success is no longer dependent on a simplistic view of GMV growth,” he wrote.

In January, Alibaba said GMV rose 23 percent in the third quarter from the same quarter of the previous year to 964 billion yuan – its slowest quarterly growth rate in more than three years.

Alibaba’s growth has been criticized over the years, with some brands saying the company does not do enough to end the widespread sale of counterfeit products on its platforms, and the problem of faking orders.