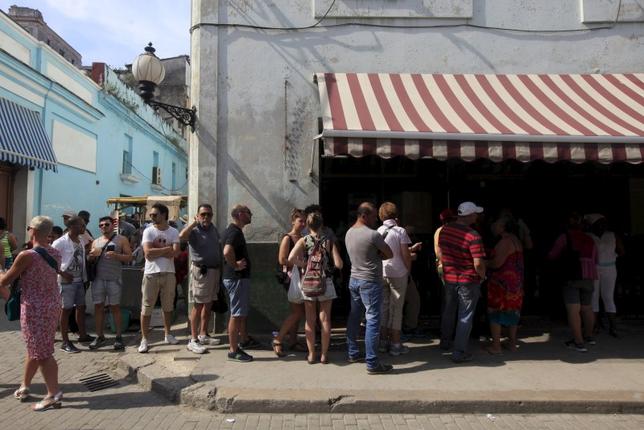 People stand outside a currency exchange shop to change money in Havana, March 17, 2016.

Silicon Valley payments company Stripe is bringing its services to Cuba to help entrepreneurs there start new businesses, an action that brings U.S. tech services to Cubans as relations between the two countries thaw.

Stripe, a startup valued at $5 billion that gives websites and apps an easier way to process payments, said on Friday it will extend to Cuba one of its new services, called Stripe Atlas, a product designed to give entrepreneurs access to the basic services for starting a global Internet business.

Stripe Atlas, which costs $500, is used by businesses in another 185 countries.

The company said the White House had reached out to Stripe for help supporting Cubans interested in founding startups. Stripe CEO Patrick Collision will join President Obama’s historic trip to Havana next week.