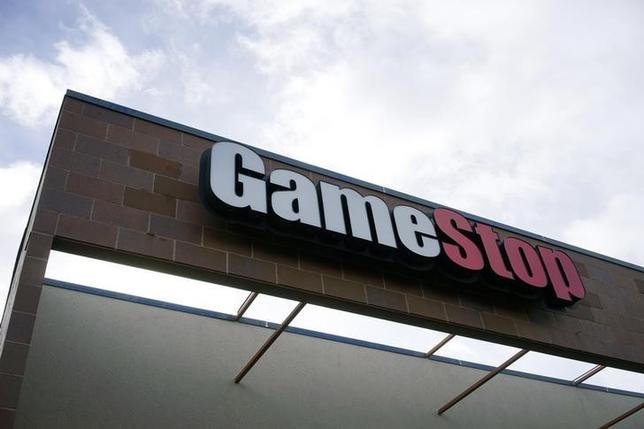 The GameStop store sign is seen at its shop in Westminster, Colorado January 14, 2014.

GameStop, one of the most shorted U.S. stocks, has started to attract institutional buyers and dissuade some traders betting against it as it fights off a consumer shift toward downloading video games and its depressed share price stabilizes.

Shares of the retailer dropped from $46 to $25 in the two months through mid-January and then recovered to just over $30, where they’ve hovered steadily in recent weeks.

Meanwhile, the number of institutional owners, like hedge funds, pension funds and mutual funds, has jumped 21 percent, according to research firm Morningstar.

Over the last two weeks, short sales in GameStop’s stock have fallen by $100 million, leaving $1.1 billion in bets against the company on the table, according to S3 Partners, a financial analytics firm.

Pessimism about GameStop grew after online movies and music drove video rental company Blockbuster and most record stores out of business. Traders have been betting that the same is bound to happen to GameStop as Electronic Arts and other studios push consumers to buy games directly on their videogame consoles instead of at stores.

Indeed, GameStop’s sales of new video games have fallen sharply over the past four years, but it is making up for that by expanding into new businesses, including selling cellphones.

It has dedicated more shop space to action figures and other collectible merchandise, and it recently issued $475 million in debt to fund a tentative purchase of up to 500 AT&T retail stores. That would add to 1,000 AT&T, Cricket Wireless and Simply Mac stores acquired and opened by GameStop since 2013.

Thanks partly to that strategy, analysts on average see revenue on track for a fourth straight year of growth, according to Thomson Reuters data.

At the end of 2015, a number of large institutions, including the New Jersey Division of Investment, major hedge and mutual fund manager AQR Capital Management and Vanguard Group, each reported buying a million shares or more.

“It’s not that I’m ignoring the long-term issues, I just think they’re more than priced in at current levels,” Chukumba said, referring to the threat of game studios bypassing GameStop.

The most recent decline in short selling extends a downward trend from the end of last year, when it was often the most shorted stock in the benchmark S&P 500 index.

According to Markit, the number of shares on loan, a proxy for short selling, declined from 38 percent a month ago to 33 percent this week, a significant change, although still a relatively high level.

Short sellers borrow shares and then sell them, hoping to buy them back at a lower price and return them to their owner.

A majority of analysts have “hold” or equivalent recommendations on GameStop, including Telsey Advisory Group analyst Joe Feldman, who said he would not upgrade his rating until he saw more evidence that its diversification would lead to consistent growth.

On March 24, GameStop reports its fourth-quarter results, which investors will scrutinize for more signs of progress in diversifying.

Brad Lamensdorf, a short sale specialist and co-manager of the AdvisorShares Ranger Equity Bear ETF, said Gamestop’s low price-to-earnings multiple and relatively high dividend make it a better company to own than to short.