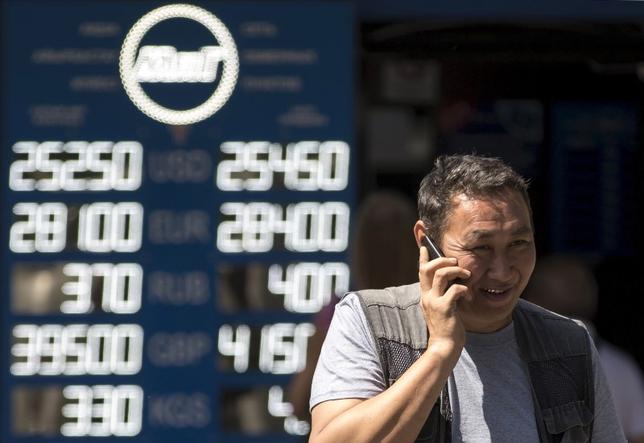 A man talks on his mobile phone as he walks past a board showing currency exchange rates in Almaty, Kazakhstan, August 20, 2015.

Kazakh officials and their visitors will have to leave their smartphones at the door of government buildings from March 24 in line with a new policy aimed at preventing leaks of sensitive documents, a leaked document showed on Thursday.

The memo cites “increasingly frequent cases of confidential information being leaked through the WhatsApp mobile application” and instructs public servants to use only basic mobile devices with no cameras or Internet access, two government sources told Reuters.

The full document was published by local news website Tengrinews.kz.

Leaked documents regularly appear in Kazakh media and recent examples include memos on privatization plans and state-owned companies’ budget revisions related to the tinge’s KZT= steep devaluation as well as a graphic video related to a murder case.