Lawsuit against Uber by driver charged with murder a hoax, court says 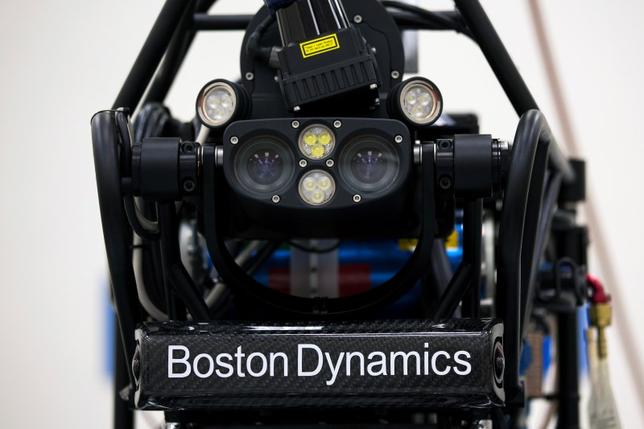 Bipedal humanoid robot ”Atlas”, primarily developed by the American robotics company Boston Dynamics, is presented to the media during a news conference at the University of Hong Kong October 17, 2013.

Alphabet Inc (GOOGL.O) has put Boston Dynamics, part of its robotics division, up for sale for lack of revenue potential, Bloomberg reported, citing people familiar with the plans.

Boston Dynamics, bought by Alphabet in 2013, is best known for building robots that look as if they belong in a science-fiction movie and are often co-developed or funded by the U.S. military.

Boston Dynamic’s products include Cheetah, which it claims to be world’s fastest legged robot as well as RiSE, a robot that climbs vertical terrains such as walls, trees and fences.

Amazon has installed thousands of robots across its warehouses to cut operating costs and get packages out the door more quickly.

TRI said in January it had hired a team of scientists and engineers to help drive research into artificial intelligence and robots.

Alphabet, Toyota and Amazon couldn’t be immediately reached for comment.

(Reporting by Kshitiz Goliya in Bengaluru; Editing by Shounak Dasgupta)