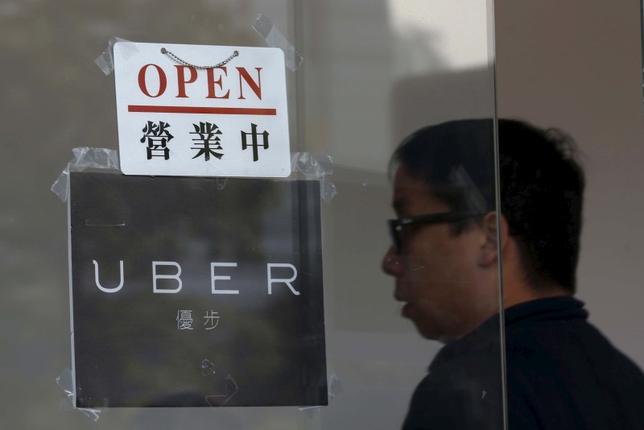 An open sign is seen at the office of taxi-hailing service Uber Inc during a driver recruitment event in Hong Kong, China December 29, 2015.

The subsidizing of fares and the supplementing of driver wages by ride-hailing companies such as Didi Kuaidi and U.S. firm Uber Technologies Inc [UBER.UL] are competitively unfair and could not be sustained long-term, China’s transport minister said.

The minister, Yang Chuantang, was speaking to reporters on Monday on the sidelines of China’s annual parliamentary session.

Companies like Didi Kuaidi and Uber are spending billions of dollars in heated competition, using investors’ money to fund discounts for users and drivers’ wages on their apps.

The massive popularity of apps like Didi Kuaidi and Uber in China has, like in many countries, posed problems for government regulators. Those companies partly operate in legal gray areas, with their unlicensed private car drivers and subsidies undercutting state-owned businesses causing particular concern.

China’s transport ministry said in a statement on Monday it will also “vigorously press ahead” with taxi industry reform, but offered few details.

“There is a compelling need to deepen the reform of the taxi industry and regulate taxi services to put them on the track of sound and sustainable development,” the statement said.

But, when asked on Monday, Yang gave no specific timeline for when final ride-hailing regulations would be issued.