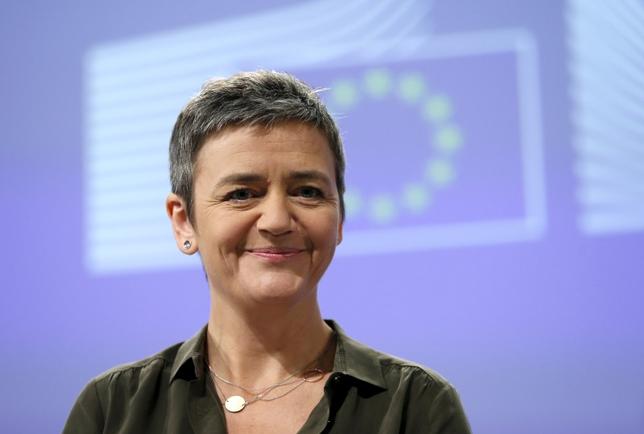 BRUSSELS – European Union regulators will release data from its year-long inquiry into barriers to cross-border e-commerce next week, the 28-nation bloc’s antitrust chief said on Thursday, potentially laying the groundwork for cases against some companies.

The investigation has focused on trade in electronics, clothing, shoes and digital content, examining whether companies have engaged in anti-competitive practices, such as agreements to prevent the sale of products or services in certain countries, or to sell at higher prices.

A paper on the data collected will be released on March 18, European Competition Commissioner Margrethe Vestager told reporters on the sidelines of a conference organized by German law group Studienvereinigung Kartellrecht.

“This is the first analysis and then maybe we will look into opening cases,” she said.

While about half of EU consumers shopped online in 2014, only 15 percent bought a product online in another EU country because of language barriers, different laws and anti-competitive behavior, data from the European Commission shows.

Vestager said that an interim report would be issued towards the end of the summer or the beginning of autumn. The final report is scheduled for the first quarter of 2017.