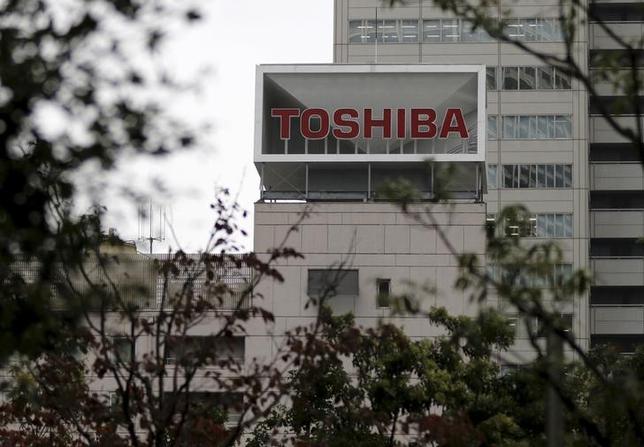 The logo of Toshiba Corp is seen behind trees at its headquarters in Tokyo, Japan October 1, 2015.

Toshiba Corp (6502.T) said its board of directors would hold a meeting on Wednesday to discuss the planned sale of its medical equipment unit and announce the outcome swiftly if a decision is reached.

The cash-strapped Japanese company said in a statement it had not yet decided on the likely buyer, responding to a report by the Nikkei business daily that Canon Inc (7751.T) was the front-runner with a bid of more than 700 billion yen ($6.2 billion).

The auction of Toshiba Medical Systems Corp, aimed at shoring up Toshiba’s capital after a $1.3 billion accounting scandal, represents an unexpected opportunity for rivals to get their hands on a respected manufacturer of diagnostic equipment such as X-ray and magnetic resonance imaging (MRI) systems.

People familiar with the process had told Reuters earlier the contest for a crucial piece of Toshiba appears to be turning into a match-up between two longtime stalwarts of the Japanese tech industry – Fujifilm Holdings Corp (4901.T) Chief Executive Shigetaka Komori and Canon CEO Fujio Mitarai.