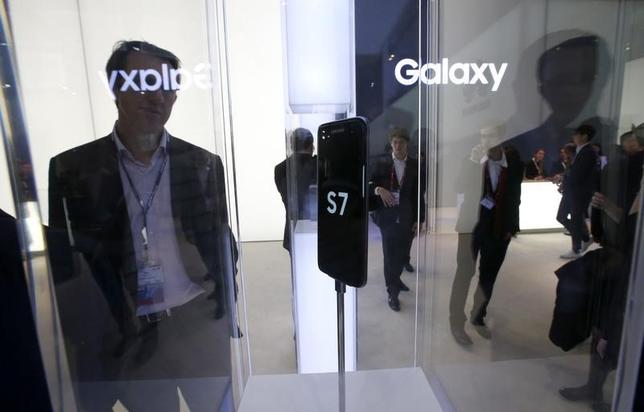 People look at the new Samsung S7 during the Mobile World Congress in Barcelona, Spain February 23, 2016.

Multimedia chip designer DSP Group on Monday confirmed a report by Chipworks that its HDClear chip is a component in the new Samsung Galaxy S7 phone, a deal expected to significantly boost the company’s revenue.

The D4A1 HDClear chip allows for more accurate “always-on” voice recognition while suppressing background noise. Handset makers and mobile operators are working to improve the quality of sound through increased adoption of always-on and other advanced processing technologies and DSPG is expected to benefit from this trend.

Ottawa-based Chipworks, which provides reverse engineering services and technical analysis, did a “teardown” of the S7 last week and posted on its website the components of Samsung Electronics’ new handset, including DSPG’s chip.

Revenues for DSPG from S7 sales in March alone are expected to amount to $2-$3 million. Analysts estimate DSPG earns between 70 cents to $1.00 for every HDClear chip sold.

Israel-based DSPG, which makes wireless chips for cordless DECT phones and other communication products, had revenue of $144.3 million in 2015.