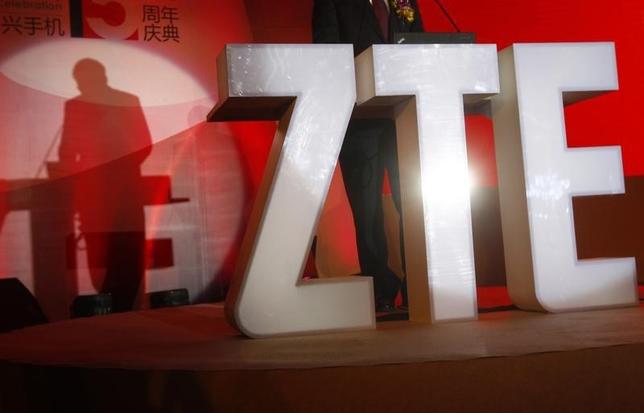 New export restrictions against China’s ZTE Corp (000063.SZ) for alleged Iran sanctions violations drew fire from the Chinese government, which said on Tuesday it was “resolutely opposed” to the measures but stopped short of announcing retaliation.

The moves announced by the U.S. Commerce Department on Monday are likely to disrupt the telecom manufacturer’s sprawling global supply chain and could create substantial parts shortages, according to sanctions experts.

“China expresses its strong dissatisfaction and resolute opposition” to the measure, the Chinese Ministry of Commerce said on its website (www.mofcom.gov.cn).

“The U.S. move will severely affect normal operations of Chinese companies. China will continue negotiating with the U.S. side on this issue.”

The U.S. Commerce Department, confirming the decision that was first reported by Reuters on Saturday, said ZTE planned to use a series of shell companies “to illicitly reexport controlled items to Iran in violation of U.S. export control laws.” It said ZTE acted “contrary to the national security or foreign policy interests of the United States.”

In a statement, ZTE said it was “working expeditiously” towards a resolution to the issue.

“ZTE is fully committed to compliance with the laws and regulations in the jurisdictions in which it operates. ZTE has been cooperating and will continue to cooperate and communicate with all U.S. agencies as required,” the Shenzhen-based company said.

While ZTE suppliers can apply for an export license to ship any American-made equipment or parts, the Commerce Department said such license applications generally will be denied.

ZTE, which has annual sales of more than $15 billion, can appeal the decision.

The export restriction, which does not stop ZTE from selling handsets in the United States, is expected to have a global impact.

“It is going to have a large ripple effect. It’s very significant to many companies both in the U.S. and (outside the) U.S.,” said Doug Jacobson, an export attorney at law firm Jacobson Burton Kelley PLLC.

Although ZTE is not being banned from selling handsets in the United States, the restriction could disrupt handset production if ZTE sources U.S.-made parts to manufacture its handsets, experts said.

ZTE is the No. 4 smartphone vendor in the United States, with a 7 percent market share, behind Apple Inc (AAPL.O), Samsung Electronics Co (005930.KS) and LG Electronics Inc (066570.KS), according to research firm IDC.

A ZTE website says companies including Microsoft (MSFT.O), Intel Corp (INTC.O), IBM (IBM.N) and Honeywell International Inc (HON.N) are “key strategic partners.” The terms of the partnerships are not described.

Intel and Qualcomm confirmed they were ZTE suppliers, but did not elaborate on specific products sold to the Chinese company or how sanctions would affect their businesses.

Texas Instruments (TXN.O), which has also said it provides processors for the Chinese company, did not immediately respond to a request for comment.

A spokeswoman for Microsoft said the company had a licensing agreement with ZTE but could not confirm if the Chinese company purchases other products. The other U.S. companies did not respond to requests for comment.