The restrictions will take effect Tuesday, Reuters has learned, and apply to any company worldwide that wants to ship American-made products to ZTE Corp in China. Those companies are not the target of the export curbs on ZTE.

“We hope the U.S. stops this erroneous action and avoids damaging Sino-U.S. trade cooperation and bilateral relations,” he said, without elaborating.

China and Iran have close diplomatic, economic, trade and energy ties, and China was active in pushing both the United States and Iran to reach agreement on Iran’s controversial nuclear program.The U.S. restrictions will require ZTE’s suppliers to apply for an export license before shipping any American-made equipment or parts to ZTE, potentially complicating the Chinese firm’s ability to acquire U.S. products.

Trade in shares of ZTE, which also sells consumer devices such as smartphones in the United States, was suspended in Hong Kong and Shenzhen on Monday.

ZTE said in a statement issued over the weekend that it was “high concerned” at media reports of the U.S. plan.

The Commerce Department investigated ZTE for alleged export-control violations following Reuters reports in 2012 that the company had signed contracts to ship millions of dollars worth of hardware and software to Iran’s largest telecoms carrier, Telecommunication Co of Iran (TCI), as well as a unit of the consortium that controls it.

The United States has long banned the sale of U.S.-made technology products to Iran, and the Commerce Department’s investigation focused on whether ZTE had acquired American products through front companies and then shipped them to Iran in violation of U.S. sanctions.

As one of the world’s largest telecoms equipment makers, ZTE has operations in 160 countries, according to its website. It is also a major manufacturer of mobile handsets.

Besides ZTE, the export curbs will also apply to two of its Chinese affiliates, ZTE Kangxun Telecommunications Ltd and Beijing 8-Star, as well as ZTE Parsian, which is an Iranian company. 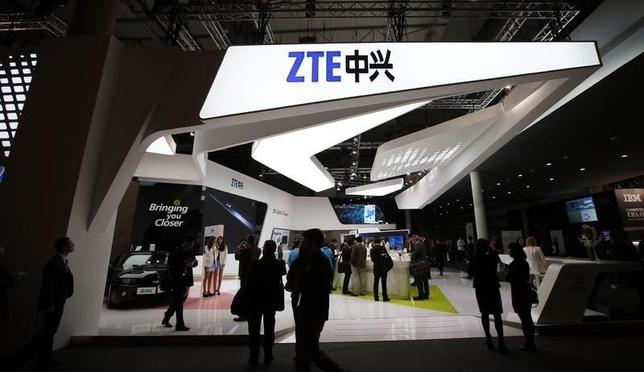 Visitors check out products at the ZTE stand at the Mobile World Congress in Barcelona, February 24, 2014.