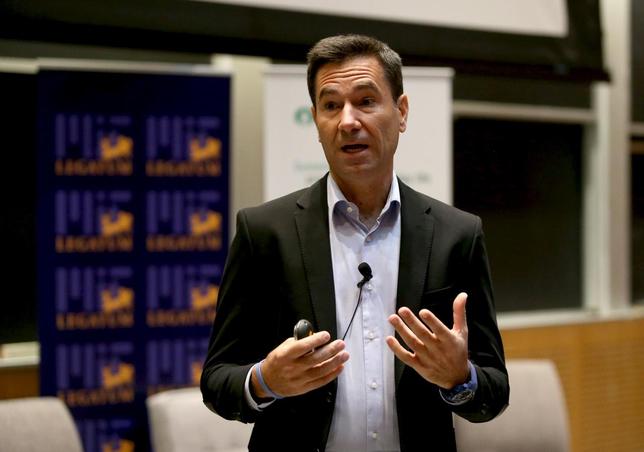 Senior Facebook executive Diego Dzodan, who was recently released from a Brazilian jail due to a disputed court order demanding data from the company’s WhatsApp messaging service for a confidential drug-trafficking investigation, speaks at the Massachusetts Institute of…

A Facebook Inc executive who spent about 24 hours in a Brazilian jail this week said authorities treated him with respect and that the incident will not slow the company’s expansion in Brazil.

Diego Dzodan, a Facebook vice president based in São Paulo, was arrested on Tuesday due to a dispute over law enforcement demands for data from the company’s encrypted WhatsApp messaging service for use in a secretive drug trafficking investigation.

He was released on Wednesday after an appeals judge overturned a court order to arrest him.

“I was treated with a lot of respect,” Dzodan said at a Saturday conference on Latin American business trends organized by students at the Massachusetts Institute of Technology’s Sloan School of Management.

He said Facebook has no access to data that travels over the its secure WhatsApp messaging service, making compliance with the request from Brazilian officials impossible.

“The way that information is encrypted from one cell phone to another, there is no information stored that could be handed over to authorities,” he said.

His remarks came during a Q&A session after a half-hour talk on Facebook’s approach to innovation. He also said his detention would not affect the Silicon Valley company’s plans for the Brazilian market.

“We are extremely committed to Brazil. Brazil is a huge market that really likes Facebook,” he said. “We are very focused on the long term.”

Brazil’s law enforcement officials have said little about their demand for data from the messaging service acquired by Facebook in 2014, saying it could compromise an ongoing criminal investigation.

A Facebook spokesman on Wednesday that the company was pleased that Dzodan had been released, describing his detention as “an extreme, disproportionate measure.”

The incident came as technology companies face mounting pressure from governments around the world to help them eavesdrop on users and censor data. Apple Inc and U.S. law enforcement officials are in a standoff over unlocking the iPhone of a shooter in the San Bernardino, California, attacks.