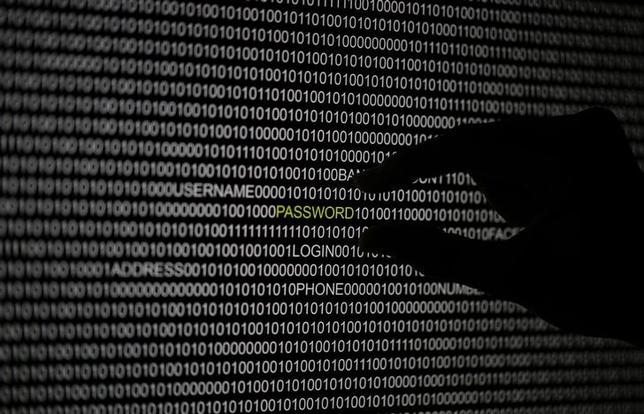 A hand is silhouetted in front of a computer screen in this picture illustration taken in Berlin May 21, 2013.

Wary of a global confrontation with Russia, U.S. President Barack Obama must carefully weigh how to respond to what security experts believe was Moscow’s involvement in the hacking of Democratic Party organizations, U.S. officials said.

One option for Washington is to retaliate against Russia in cyberspace. But the intelligence officials said they fear a rapid escalation in which, under a worst-case scenario, Moscow’s sophisticated cyber warriors could attack power grids, financial systems and other critical infrastructure.

Washington also has diplomacy to manage with Russia in Secretary of State John Kerry’s long-shot attempt to enlist Moscow’s help in ending the Syrian civil war and sustaining the Iran nuclear deal, as well as Russia-NATO tensions over Ukraine and Eastern Europe to manage.

“Despite how outrageous it is to interfere with a democratic election, the costs of coming out and saying the Russians did it would far outweigh the benefits, if there would be any benefits,” said one intelligence official, speaking on condition of anonymity to discuss a sensitive matter.

Russia has denied responsibility for hacking the emails of the Democratic National Committee. Also attacked were a computer network used by Democratic presidential nominee Hillary Clinton’s campaign and the party’s fundraising committee for House of Representative candidates in the Nov. 8 election.

Other current and former officials are arguing for a firm response, however. They said the hack was the latest in a series of aggressive moves by Putin, including Russia’s annexation of Crimea, military intervention to rescue Syrian President Bashar al-Assad, and funding of right-wing and anti-European Union groups in Europe.

Columbia University cyber security expert Jason Healey said at an annual security forum in Aspen, Colorado, on Saturday that the Russians had been very aggressive in cyberspace too.

“I think the president needs to start looking at brush-back pitches,” Healey said, referring to a baseball thrown near the batter as a warning.

Intelligence officials and cyber experts said the intrusions themselves were not that unusual. American spy agencies conduct similar electronic espionage outside U.S. borders.

What made this hack a game-changer, they said, was the public release of the DNC emails, via the pro-transparency group WikiLeaks, in an apparent attempt to affect the election.

Government and party officials said they were unaware of any evidence that WikiLeaks had received the hacked materials directly from Russians or that WikiLeaks’ release of the materials was in any way directed by Russians.

The Justice Department’s National Security Division, which is overseeing the investigation, has publicly charged U.S. adversaries – known as “naming and shaming” – before.

The U.S. government blamed North Korea for a damaging attack on Sony Pictures, and in 2014 indicted five members of the Chinese military for computer hacking and economic espionage.

Among adversary nations with significant cyber capabilities, a list that also includes Iran, the Russian government is the only one the Justice Department has not yet charged.

Monaco, also speaking at the Aspen forum, said that in the Sony case, FBI investigators had high confidence North Korea was responsible. The attack was deemed destructive, as well as coercive, because it was retaliation for a movie parodying North Korean leader Kim Jong Un.

“Those two things, along with our confidence in the attribution and the ability to talk about it in a way that would not disclose sources and methods and hinder our ability to make such attribution in the future all combined to say, ‘We’re going to call this out’,” she said.

Elissa Slotkin, an acting assistant secretary of defense, said that for the next decade, the U.S. government faced a fundamental question in dealing with Russia: “How do you get the balance right?”

“Are we being too charitable and giving them too many opportunities to come back to the table, or are we providing such a high level of deterrence that we’re potentially provoking them?” Slotkin asked.