Pharma and tech converge in ‘fantastic voyage’ to fight disease 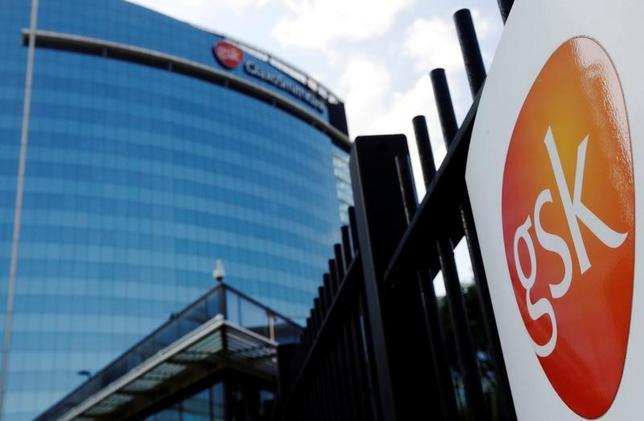 The GlaxoSmithKline building is pictured in Hounslow, west London June 18, 2013.

The line between pharmaceuticals and technology is blurring as companies join forces to tackle chronic diseases using high-tech devices that combine biology, software and hardware.

GlaxoSmithKline (GSK.L) and Google parent Alphabet (GOOGL.O) are the latest to share expertise, unveiling a new joint company on Monday that aims to market bioelectronic devices to fight illness by attaching to individual nerves.

The plan to wrap a grain-sized electronic collar around nerves sounds like something from ‘Fantastic Voyage’, the 1966 sci-fi film in which a submarine is shrunk to fix an injured scientist’s brain, yet GSK and Alphabet are not alone in pushing the boundaries in medical tech in this way.

U.S. biotech firms Setpoint Medical and EnteroMedics (ETRM.O) have already shown the early benefits of bioelectronics both to tackle inflammatory diseases like rheumatoid arthritis and suppress appetite in the obese.

Others are miniaturizing technology in different ways.

Medtronic (MDT.N), for example, sells a well-established camera-in-a-pill as an alternative to colonoscopies, while Proteus Digital Technology is working with drugmakers on pills with embedded microchips that measure drug usage. Makers of lung treatments are racing to make smart inhalers.

“It’s an area that hotting up pretty fast because the technology is moving so fast,” said Hilary Thomas, chief medical adviser at KPMG.

Many of the world’s biggest pharmaceutical companies have turned to tech experts at Alphabet, including Swiss-based Novartis (NOVN.S), which is working with the U.S. group on a smart contact lens with an embedded glucose sensor to help monitor diabetes.

Sanofi (SASY.PA) also has a diabetes deal with Alphabet, while Biogen (BIIB.O) is working with the tech giant to study the progression of multiple sclerosis.

Novartis Chief Executive Joe Jimenez has said that the combination of pharmaceuticals and technology will eventually be “front and center” in disease management.

Certainly, many technology companies are pushing hard into the healthcare arena, especially when it comes to finding new ways for patients to monitor their own health and track chronic conditions using smart devices.

Businesses such as Apple (AAPL.O) and Samsung Electronics (005930.KS), along with Alphabet, are all trying to find health-related applications for a new wave of wearable products.

The aim is to prove that medicines can keep large groups of patients healthy, thereby improving their appeal to cost-conscious insurers. That gives drugmakers a major incentive to offer services that go beyond routine drug prescriptions.

Real-time feedback on how patients are doing is one of the benefits of bioelectronics, according to Kris Famm, the GSK scientist who has been appointed president of the new jointly owned GSK-Alphabet company Galvani Bioelectronics.

“It will really help us hone the intervention,” he said. “This is almost the epicenter of convergence because the technology is not only helping you to monitor a disease but it is also actually the therapy.”

There are still plenty of hurdles ahead, including the need for multi-year clinical trials to prove that the new technologies are safe, effective and can deliver the kind of benefits to overall clinical outcomes that proponents hope.

Regulators such as the U.S. Food and Drug Administration (FDA) also need to be convinced of the case for radically new ways of treating and monitoring patients.

“The challenge will be to make sure that regulators are on board, although the FDA is much more innovative than it was 10 years ago about accepting different endpoints for treating disease,” said KPMG’s Thomas.