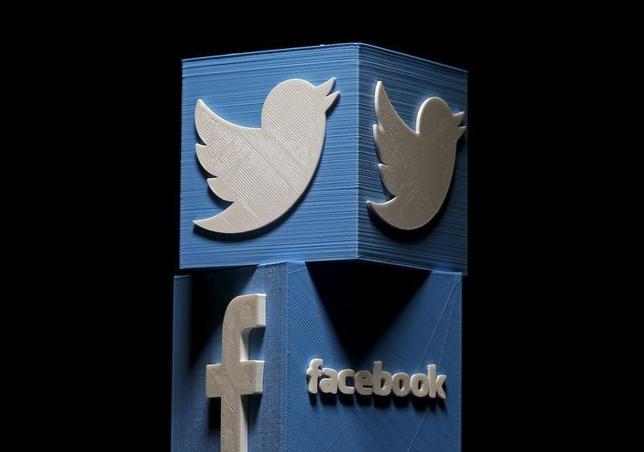 3D-printed Facebook and Twitter logos are seen in this picture illustration made in Zenica, Bosnia and Herzegovina on January 26, 2016.

The judge overseeing the probe that led to the arrest last week of suspected Islamist militants in Brazil said Facebook Inc. and Twitter Inc. co-operated with investigators by providing information about the suspects’ use of both social networks.

In an interview late Sunday with Fantastico, a weekly news program on the Globo television network, Judge Marcos Josegrei da Silva said cooperation by both companies, after a judicial order tied to the investigation, was instrumental to understand the nature of discussions carried out by the suspects, a 12th of whom was detained late Sunday.

“The companies began to provide data related to the content of the conversations and data about where those conversations were posted,” the judge said, without providing more details.

Spokesmen for Facebook and Twitter declined to comment on specifics of the case. Both spokesmen said that their respective companies have zero tolerance for activities related to terrorism and other crimes and that they cooperate with law enforcement authorities when necessary.

Brazilian investigators said the suspects in the ongoing probe, dubbed “Operation Hashtag,” are sympathetic to the Islamic State militant group and through messaging services and the Internet had discussed attacking the Olympic Games in Rio de Janeiro, which start Aug. 5.

In the Fantastico interview, the judge said “there is no anonymity for those sorts of activities on the Internet.”

Separately, Brazil’s federal police said Sunday night they had arrested the 12th suspect targeted by the investigation. The suspect, detained in the west-central state of Mato Grosso, will be questioned and transported, like the other suspects already in custody, to a federal penitentiary.

The judge’s comment about cooperation by the social media companies comes amid growing debate in Brazil and around the world about privacy issues and law enforcement.

Facebook’s WhatsApp messaging service, for instance, has been shut down temporarily on several occasions by Brazilian judges — most recently just last week — in efforts to get the company to hand over content for investigations.

Compared with content on Facebook, Twitter and other social networks that is openly shared with other users, however, data sent by WhatsApp and similar messaging services is encrypted. The data is scrambled between users and therefore, according to those companies, not something even they can access.