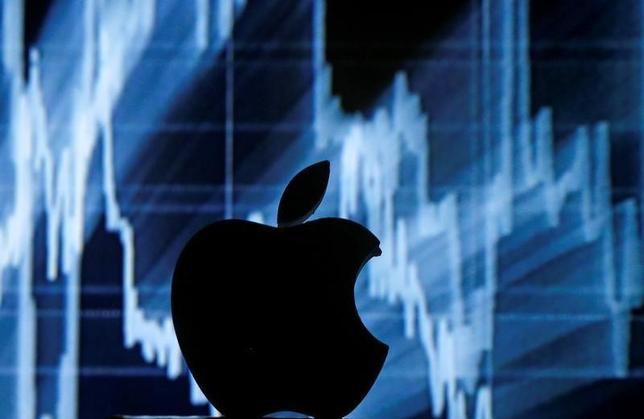 Apple Inc (AAPL.O) found itself on the receiving end of a small, short-lived anti-U.S. protest this week in China, the tech firm’s biggest overseas market and a country where foreign firms have suffered damaging boycotts following international spats.

A handful of unofficial Apple stores were picketed and social media users encouraged each other to destroy their Apple goods, in a rare instance of the tech firm being targeted as a symbol of perceived injustice following an international ruling against Chinese territorial claims.

Though the protest was small, observers have expressed concern about the impact on Apple in the long term, citing the roughly year-long slump in sales of Japanese cars after a diplomatic dispute that prompted large protests and boycotts.

“There’s not much Apple or any other foreign firm can do to prevent such patriotic protests,” said analyst Nicole Peng at researcher Canalys, who sees no impact to Apple’s sales from the recent protest. “These incidents happen every few years.”

China is the world’s biggest smartphone market and Apple is increasingly reliant on its growing middle class as it competes with domestic makers of cheaper phones such as Xiaomi Inc [XTC.UL] and Huawei Technologies Co Ltd [HWT.UL], in a climate of weakening consumer spending and slowing economic growth.

Adding to Apple’s challenges are brushes with regulators. Its online book and film service was blocked earlier this year, and last month its iPhone designs were ruled to have infringed a local firm’s patent.

Apple’s sales in China fell around 25 percent in January-March from the same period a year prior. On Tuesday, it is scheduled to announce April-June earnings that are widely expected to be lackluster due to a dearth of product launches.

Apple was targeted in the latest protest by virtue of its country of origin, which in turn was regarded as the root of a perceived affront.

Earlier this month, The Hague said it found no legal basis for China’s claim to most of the South China Sea, prompting local media to call the Court a “puppet” of external forces, and accuse the United States of turning the Philippines – which filed the case – against China.

About a week later, on Tuesday, over 100 protesters picketed four unofficial Apple dealers in Suining in the eastern province of Jiangsu for about three hours, urging customers not to buy the genuine Apple goods on sale.

“They chanted, ‘boycott American products and kick iPhones out of China,'” store owner Zhu Yawei told Reuters. “But nothing really happened: no fights, no smashing.”

A video of the protest went viral on Chinese social media, with anti-Apple comments flooding microblogging site Weibo and pictures of what users described as their smashed iPhones – a luxury product in China widely considered a status symbol.

However, among the vitriol was just as much support, with state-controlled media also calling for restraint.

“It’s cheap nationalism and outright stupidity,” said Shan Mimi, a 23-year-old assistant at a Shanghai law firm. “But if you were to offer me an (upcoming) iPhone 7, then I would gladly smash my iPhone 6!”

One young Chinese woman on Weibo said she had smashed her iPhone, accompanying her comment with a photo of a damaged handset. She later told Reuters she had lied.

“I didn’t smash my iPhone. All I did was find a photo (of a smashed handset) on the internet and let off some steam,” said the 21-year-old, calling herself L-Tin. “Boycotting Apple would only make Chinese people lose their jobs – many work for Apple.”