Pokemon GO could be next big marketing tool for retailers

Chinese national gets 46 months in U.S. prison for hacking conspiracy 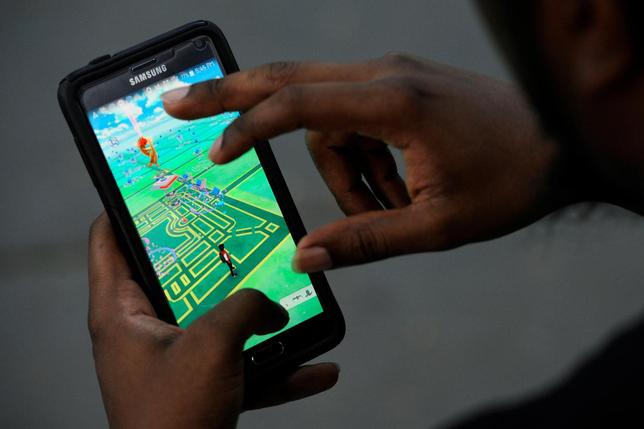 Pokemon GO, a mobile game that has rocketed to the top of Apple Inc and Android app stores in record time, looks set to challenge young internet companies which specialize in increasing foot traffic for small businesses and may end up playing a role in major brands’ marketing, according to industry experts.

The augmented reality game from Japan’s Nintendo Co Ltd, where players walk around real-life neighborhoods to hunt down virtual cartoon characters on their smartphone screens, has more than 65 million users in the United States just seven days after launch.

That is more users than Twitter Inc, and the game is already helping local restaurants, coffee shops and small retailers to attract new customers.

L’inizio Pizza Bar in Long Island City in New York claims its sales jumped 75 percent over the weekend by activating a “lure module” feature that attracts virtual Pokemon characters to the store, thereby tempting in nearby players. The store’s manager spent $10 to have a dozen Pokemon characters placed in the location, according to a report in the New York Post. (nyp.st/29zU4HO)

That sort of instant effect is a potential threat for Groupon Inc, LivingSocial Inc, Foursquare and other relatively new companies which have revolutionized online marketing for small businesses in the last few years.

Pokemon GO’s instant popularity appears to be the result of nostalgia for the classic 20-year-old cartoon franchise and players’ desire to win kudos within the game by capturing as many characters as possible.

“People born in the 1980s and 90s, they grew up with this. It’s approachable and reassuring and that’s whyit’s gone from zero to millions of users in just a few days,” said Jeremiah Rosen, managing director at creative agency Reason2Be in New York City. “I see McDonald’s, Home Depot, national brands playing into the culture.”

A report on tech news site Gizmodo on Wednesday said a student in Australia had uncovered code in the game’s workings that indicated a sponsorship system and mentioned the name of McDonalds Corp (bit.ly/2a9DjnF). McDonald’s declined to comment on the matter or any of its marketing plans.

The popularity of Pokemon GO threatens companies like Foursquare, which has a service called Swarm offering coupons and prizes to customers who “check in” at participating venues, and social e-commerce sites like Groupon and LivingSocial, which many businesses use as a vehicle to offer discount deals. Such “daily deal” sites get a cut every time a customer buys a retailer’s coupon.

Groupon and LivingSocial were not immediately available for a comment. Foursquare said it was too soon to tell the impact of Pokemon GO.

Marketing experts said small businesses may increasingly turn to Pokemon GO – and redirect some of their marketing spend – as the mobile game racks up a bigger user base.

“With Pokemon GO, you are seeing it as bypassing a lot of digital (marketing) channels that the brick and mortar shops have been relying on for the past few years,” said Christophe Jammet, director of social media and mobile at consultancy DDG in New York.

“There hasn’t been a geolocation social platform that can lure so many people all at once.”

Pokemon GO players are highly engaged, spending far more time in the app than they do with some of the most popularsocial apps such as Facebook Inc’s Instagram and messaging services WhatsApp and Snapchat, according to SimilarWeb, a market intelligence and web analytics firm.

Many shops are attracting customers by advertising themselves as “Poke Stops,” a place where gamers can grab new Pokemon balls and increase their level of power within the app. Experts said it is only a matter of time before major brands jump on the bandwagon.

“They are already looking into it,” said Tom Kelshaw, director of technology at Maxus Global, a media investment management group in New York.

The Pokemon GO craze – and potential for further revenue from third parties – has sent Nintendo’s shares skyrocketing since the game’s debut on Thursday, adding nearly $10 billion to the company’s market value.