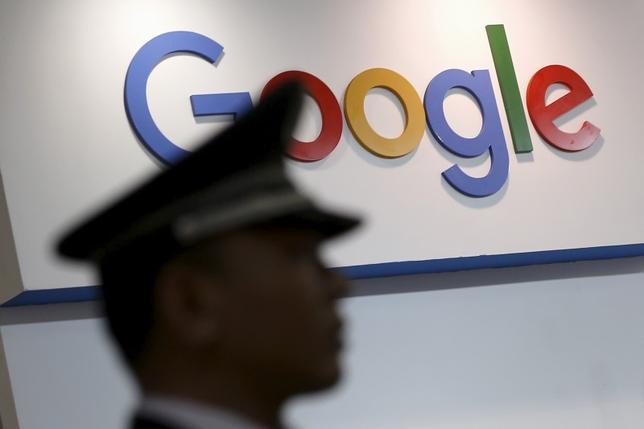 A security guard keeps watch as he walks past a logo of Google at an exhibition stage during the 4th China (Shanghai) International Technology Fair 2016 in Shanghai, China, April 21, 2016.

German publishers have appealed a Berlin court’s rejection of a case in which they accused Google of abusing its market power by refusing to pay them for displaying newspaper articles online, a lawyer for the publishers said on Monday.

The court had rejected the case in April, saying that Google’s business model was a “win-win” proposition for both parties. Although Google had a 90 percent share of the German market, the company was not treating certain publishers unfairly, the court said.

Jan Hegemann, a lawyer representing the publishers, told Reuters that they would continue to press their case about Google’s alleged abuse of market power, and had filed the appeal late last week.

The conflict centers on a long-standing row over payments for newspaper content, which Google makes freely available via its online platforms Google News, YouTube and other services.

While some in the media industry accuse Google of making money at its expense, the Silicon Valley company says publishers profit from advertising revenue generated through its site.

The unfair treatment allegation centered on what German publishers said were threats by Google to punish those media outlets which demanded payment by displaying abbreviated versions of their stories.

A related ruling on whether Germany publishers should receive payments from Google for displaying their news articles is still outstanding.