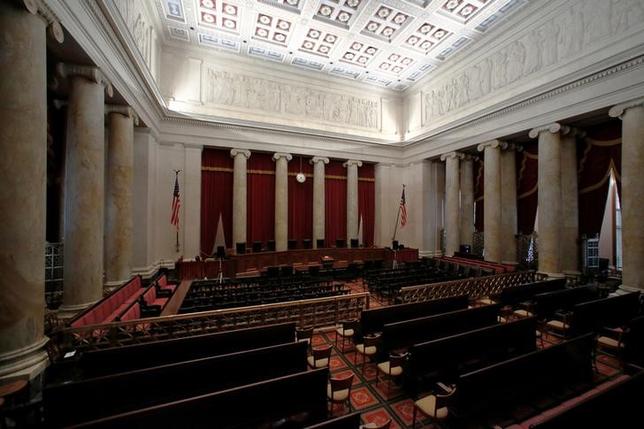 Companies, trade groups and universities who fear that many important discoveries may no longer qualify for patents are among a broad coalition urging the U.S. Supreme Court to review the cancellation of a patent on a less risky form of prenatal testing.

The justices are set to consider on Thursday whether to take the case involving biotechnology company Sequenom Inc’s patent, which was thrown out in 2013 during infringement litigation with rival Ariosa Diagnostics, a unit of Roche Holding AG.

Sequenom’s patent relates to a non-invasive test of a pregnant woman’s blood to detect fetal DNA, in order to screen for genetic abnormalities such as Down Syndrome. Doctors say such tests have dramatically reduced the need for invasive tests such as amniocentesis, which carry a small risk of miscarriage.

In June 2015, the U.S. Court of Appeals for the Federal Circuit in Washington, D.C., agreed with Sequenom that the patented method “revolutionized” prenatal care, but nonetheless upheld the cancellation of the patent, citing a Supreme Court precedent.

Some 40 different companies, lobbying organizations, research institutions and legal groups, including Microsoft Corp and Novartis AG, have submitted their views to the high court in 24 friend of the court briefs. All are backing Sequenom’s bid to have the justices hear the case, according to a Reuters review of the documents.

A representative for Sequenom could not immediately be reached on Wednesday. Ariosa’s attorney David Gindler declined to comment.

Sequenom’s MaterniT21 prenatal test competes with Ariosa’s Harmony test. Both companies are based in California.

After the Federal Circuit said Sequenom’s patent violated a rule against patenting natural phenomena, Sequenom asked the high court to clarify its 2012 precedent, Mayo v. Prometheus, saying it should not bar patents on applications of a newly discovered phenomenon.

The company warned that investment in research could dry up if patents continue to be invalidated.

Roche told the court not to hear the case, saying the precedent should not be overturned.

Microsoft said the case also has implications for computer-related patents, which are being “routinely invalidated” by federal courts.

Jeffrey Lewis, a patent attorney with the Fried Frank firm in New York, said the court will likely hear the case to sort out the law. “I think there is enough public interest that it will have the court’s attention,” he said.

The case is Sequenom, Inc v. Ariosa Diagnostics, Inc et al, in the Supreme Court of the United States, No. 15-1182.