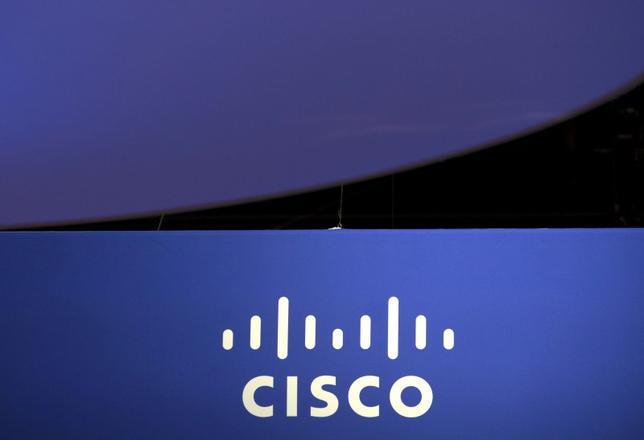 The Cisco Systems logo is seen as part of a display at the Microsoft Ignite technology conference in Chicago, Illinois, May 4, 2015.

The trade commission upheld a finding of infringement by a U.S. trade judge in February. The ITC, which investigates complaints of violations of U.S. intellectual property, also recommended an import ban against Arista’s products that infringe the patents.