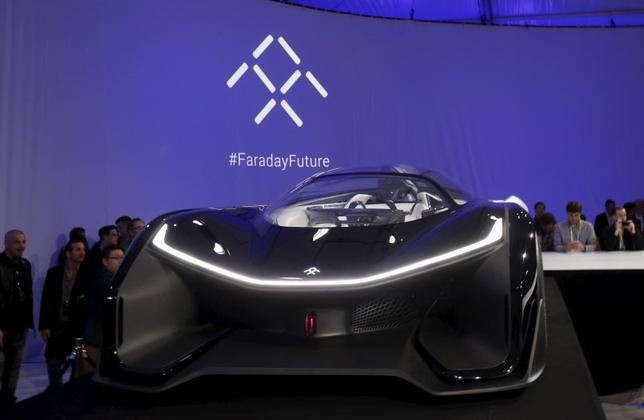 The Faraday Future FFZERO1 electric concept car is shown after an unveiling at a news conference in Las Vegas, Nevada January 4, 2016.

The China-backed, Los Angeles-based startup plans to begin building and selling electric vehicles next year in the United States, but has not disclosed details of its self-driving program.

A spokesperson from the California Department of Motor Vehicles on Tuesday confirmed that Faraday had been approved to test self-driving vehicles on public roads on June 17.

Like Tesla, Faraday also hopes to add self-driving capability to its vehicles, but has not provided a timetable. Faraday has been testing prototype vehicles for the past year at private facilities, according to the source familiar with the company’s program.

Jan Becker, senior director of automated driving at Faraday’s San Jose tech center, said in an early June interview with Reuters that the company’s electric vehicles would have “state of the art driver assistance systems.” Such systems provide the foundation for full self-driving capability.

Becker declined to give specifics on the company’s plans to add self-driving capability, but said such systems, when introduced, would offer automatic over-the-air software updates similar to those provided by Tesla.

(Reporting by Paul Lienert in Detroit; editing by Diane Craft)