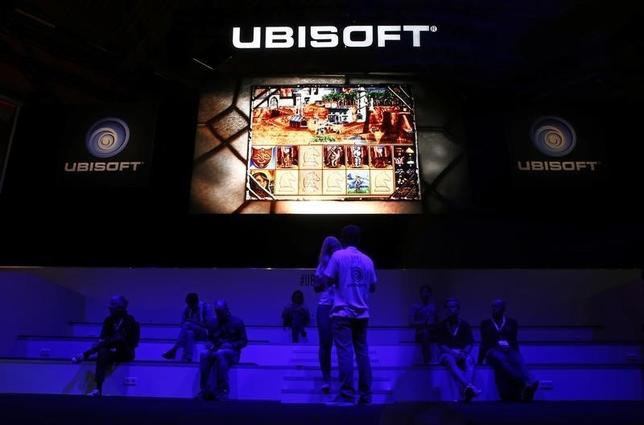 Visitors take a break in front of a advertisment of game software manufacturer Ubisoft during the Gamescom 2015 fair in Cologne, Germany August 5, 2015.

The Guillemot family is considering increasing its stake in French video games maker Ubisoft, using proceeds of the sale of its shares in Gameloft to fend off Vivendi, Ubisoft Chief Executive Officer Yves Guillemot told daily Le Monde in an interview published on Thursday.

The Guillemot family said on Tuesday it will reluctantly sell its Gameloft stake to Vivendi, following an unsolicited bid from the media giant.

Asked whether the family would use the proceeds to strengthen its position in Ubisoft, Yves Guillemot said: “This is something that we’re discussing with my brothers.”

Vivendi is Ubisoft’s biggest shareholder, controlling 18 percent of its capital, while the Guillemots own about 9 percent of the shares, according to Reuters data.

Vivendi, led by billionaire Vincent Bollore, said it was seeking a suitable level of board representation at Ubisoft, owner of the “Raving Rabbids” and “Assassin’s Creed” franchises.

“We don’t want them sitting on the board, because they’re implementing a creeping control strategy to take over the company,” Yves Guillemot told Le Monde.

A spokesperson for Vivendi declined comment on Guillemot’s comments.