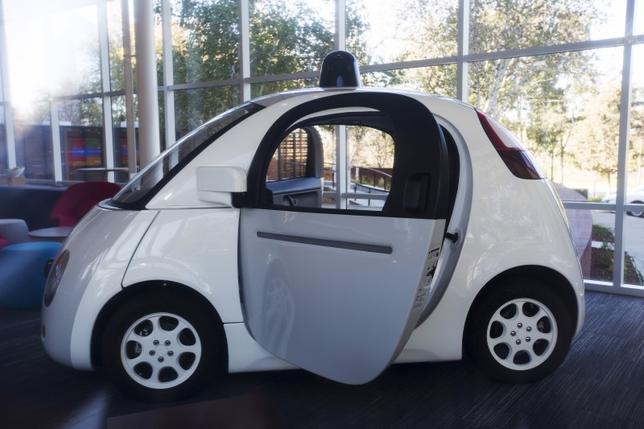 A Google self-driving car is seen inside a lobby at the Google headquarters in Mountain View, California November 13, 2015.

The top U.S. vehicle safety regulator said on Wednesday the government needs to be more nimble in designing rules for self-driving vehicles.

The industry “is on version 238.32 by the time we get regulations out,” National Highway Traffic Safety Administration (NHTSA) administrator Mark Rosekind said during an appearance at an industry conference in suburban Detroit.

Regulations that remain static for years “will not work for this area,” Rosekind said. “We will have something different in July.”

Autonomous driving technology does not have to be perfect to be acceptable, Rosekind suggested.

“I’d say start at two times” better than conventional vehicles, he said. Current U.S. highway deaths are equivalent to “a 747 crashing every week for a year … It’s unacceptable.”

Rosekind said he was aware of a proposal by Tesla Motors Inc (TSLA.O) to make available to the government its data from vehicles equipped with an autopilot self-driving feature for the highway.

“We’re looking to see what the offer might be,” Rosekind said. “If the offer is there, we’re going for it.”

Alphabet Inc’s (GOOGL.O) Google would like the NHTSA to urge states to adopt federal self-driving guidelines “rather than impose different, conflicting state rules. We have seen 15 states propose such laws over the last 12 months.”

Google said it continues to explore other potential methods to enhance communication with pedestrians and bicyclists and urged the NHTSA to tell states not to bar innovations.

The industry should have “flexibility to develop their approaches to communicating with other road users in order to explore and innovate with different techniques,” Google said.