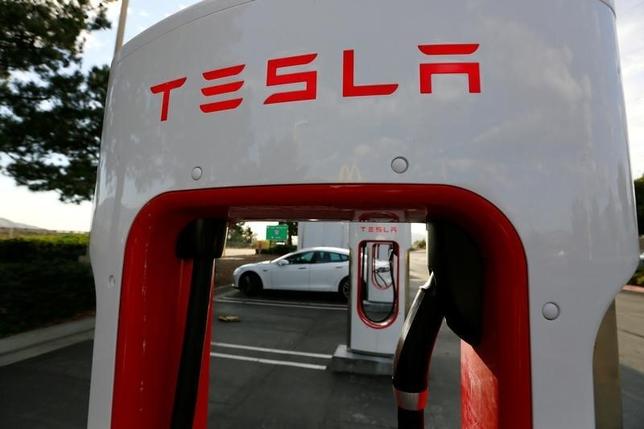 A Tesla Model S charges at a Tesla Supercharger station in Cabazon, California, U.S. May 18, 2016.

Samsung SDI is making progress in talks with Tesla Motors to supply batteries for the U.S. automaker’s Model 3 electric car as well as its energy storage products, a source with direct knowledge of the matter told Reuters.

Tesla, which currently procures its batteries from Japan’s Panasonic Corp, is likely to add Samsung SDI as a supplier should sales exceed expectations, the source said, although he declined to specify what level of sales would clinch a deal for the South Korean company.

Citing “tremendous demand,” Tesla Chief Executive Elon Musk said in April that the automaker planned to boost total vehicle production to 500,000 in 2018 – two years earlier than its original target. Suppliers have said the goal will be difficult to achieve.

“It remains to be seen whether the orders will translate into actual sales,” the source said. The source declined to be identified as the discussions were confidential.

Samsung SDI is an affiliate of Samsung Electronics Ltd.