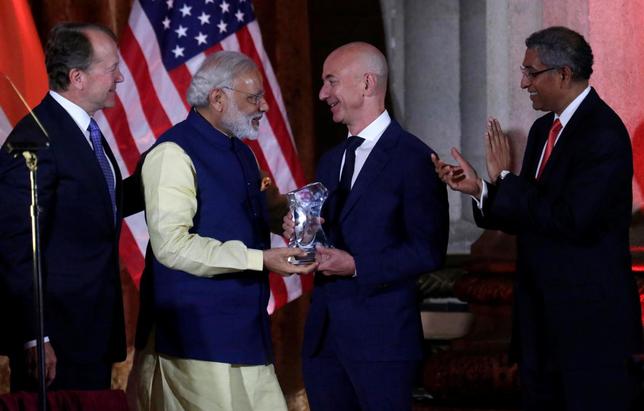 Amazon Inc (AMZN.O) Chief Executive Jeff Bezos said on Tuesday the company would invest an additional $3 billion in India, boosting the company’s committed investment in the country to $5 billion.

“I am pleased to announce today that Amazon will invest an additional $3 billion on top of the $2 billion investment we announced in 2014 to bring our total committed investment in India to over $5 billion,” Bezos told an event in Washington attended by Indian Prime Minister Narendra Modi, who also met on Tuesday with President Barack Obama.