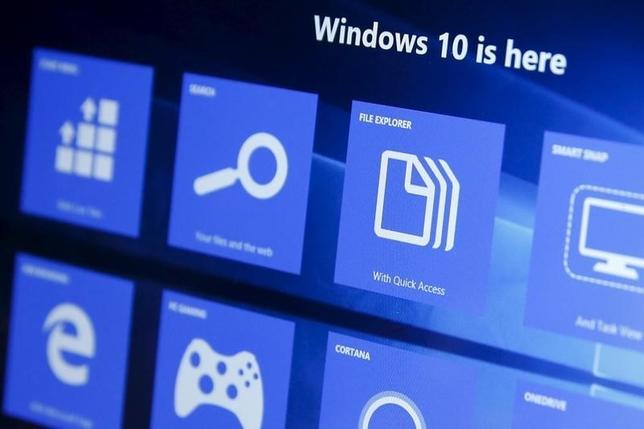 A computer screen shows features of the Windows 10 operating system at the Microsoft store at Roosevelt Field in Garden City, New York July 29, 2015.

Chinese users of Microsoft products are criticizing the software company’s push to get them to mandatorily upgrade their Windows operating systems, the official Xinhua news agency reported on Friday.

Posts critical of Microsoft on microblog site Weibo relating to the Windows 10 upgrade, which Microsoft users must switch to, have grown to over 1.2 million in number, it said.

“The company has abused its dominant market position and broken the market order for fair play,” Xinhua quoted Zhao Zhanling, a legal adviser with the Internet Society of China, as saying.

He said users or consumer protection organizations had the right to file lawsuits against the company as Microsoft had not respected users’ right to know and choose, and may eventually profit from the unwanted upgrades.

Microsoft did not respond to calls and emails from Reuters.

Last year, Microsoft said it would offer free upgrades of Windows 10 to all Windows users, regardless of whether they are running genuine copies or not.

The move was seen at the time as an aggressive strategy by Microsoft to tackle rampant piracy in the Chinese computing market. Microsoft has been attempting to boost its business in China, where an anti-trust investigation into the company over its Windows operating system was launched in 2014.

Xinhua said Windows’ pop-up upgrade window does not offer a “decline” option, only an option to upgrade later, while computers with older versions of Windows would automatically start the update at a recommended time if users ignored the pop-up.

Yang Shuo, a worker at a Beijing-based public relations company, told Xinhua that the sudden update interrupted his drafting of a business plan and led to a meeting cancellation for a deal worth 3 million yuan ($457,735).

“Just because I didn’t see the pop-up reminder does not mean I agreed,” he said.