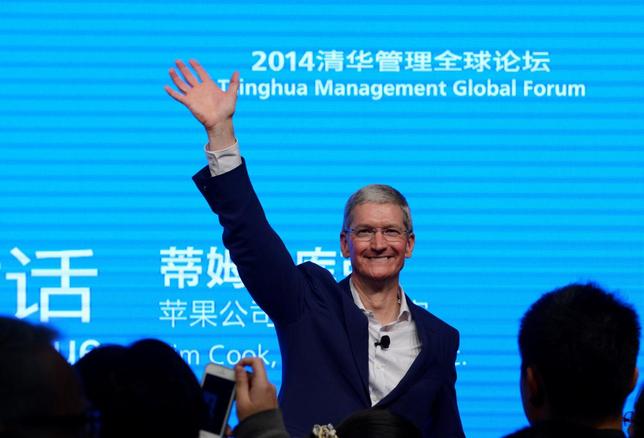 The head of China’s industry and technology regulator stressed Chinese users’ security in a meeting with Apple Inc’s (AAPL.O) chief executive in Beijing, as the U.S. tech titan stumbles in its biggest offshore market.

Apple’s Tim Cook began a charm offensive in Beijing earlier this week after his company hit a flurry of problems in China, from weakening smartphone sales to the loss of an iPhone trademark dispute and the suspension of some of its online entertainment services.

China’s ruling Communist Party has also embarked on a campaign to promote domestic technology, which it sees as more secure, and reduce the country’s reliance on foreign tech products, especially in critical industries such as finance.

“I hope Apple can expand its business in China, deepen its cooperation in research and development and industrial supply chains, and provide a convenient and secure user experience for Chinese consumers,” said Miao Wei, the head of China’s Ministry of Industry and Information Technology (MIIT).

Miao’s comments from the Tuesday meeting were posted on the regulator’s website on Thursday. MIIT did not provide any comments from Cook.

“China has set a clear precedent with nearly every other tech company that operating in the country comes with certain strings attached, including significant investment in China’s tech sector,” said Ben Thompson, an analyst who writes at Stratechery.com.

“Apple has largely escaped this requirement, thanks to its appeal to customers instead of big business, but it seems likely the Chinese government is trying to end that exemption.”