Can Buffett-backed bid unlock Yahoo growth where others failed? 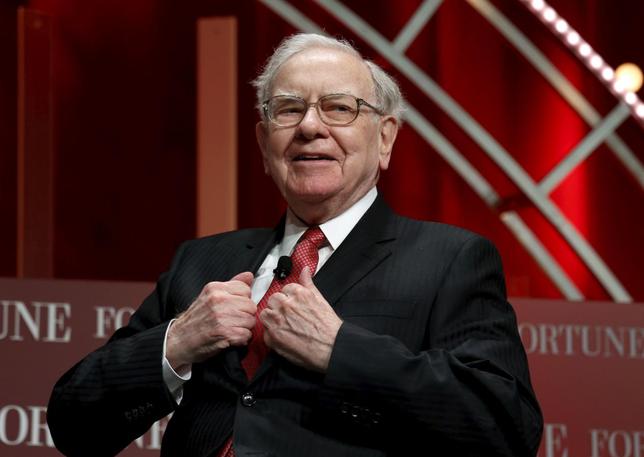 Warren Buffett, chairman and CEO of Berkshire Hathaway, prepares to speak at the Fortune’s Most Powerful Women’s Summit in Washington October 13, 2015.

Warren Buffett struck media gold with a 2012 investment in debt-laden Media General Inc. Now the famed investor may try to reprise that success by supporting a bid for Yahoo Inc’s Internet assets.

The consortium is in the second round of bidding in the auction for Yahoo’s assets, people familiar with the matter said. Buffett is helping to finance the offer, one of the people added.

If they succeed, the investment would be a relatively rare foray into digital media for Buffett, whose portfolio is heavily weighted toward U.S. insurers, industrial companies and major consumer brands.

In February, CEO Marissa Mayer announced the company would auction off its Internet business and cut 15 percent of its workforce. It is also selling $1 billion to $3 billion in noncore assets such as patents and property.

In the case of Media General, Buffett bought a majority of the company’s newspapers, making him one of the largest publishers in the United States as the industry struggled with plummeting advertising and subscription revenue.

Buffett also provided nearly $450 million in debt relief to Media General, whose remaining business focused on dozens of local U.S. television stations and related websites, in return for a stake of nearly 20 percent in the company. The day the transaction was announced, Media General’s shares jumped 30 percent. The stock closed Friday at $17.12, up from $3.32 in May 2012.

“It’s kind of consistent with Buffett’s pattern of buying things that are out of favor, undervalued and have a big customer base,” Edmonds said. The paradox is Yahoo’s huge, it remains huge, and it’s got a lot of customers. It’s not the case customers are fleeing them right and left, it’s just that no one can get a good pattern of growth.”

Pivotal Research Analyst Brian Wieser agreed the move would be a familiar one for Buffett.

“He is known for having a lot of assets that have a lot of potential that for a host of reasons have not realized that potential,” he said.

Former Yahoo president and chief financial officer Susan Decker is now a director on Berkshire’s board. Wieser said that Buffett, with Decker’s input, might consider bringing back former Yahoo executives, such as interim CEO Ross Levinsohn, who was a candidate for the top job before Mayer was appointed.

Decker said last month on CNBC that the next owner should “create a distinction in consumers’ minds about why they love Yahoo still.” She said that plan would be helped if Yahoo is “private or part of a much larger corporation.”

During a CNBC interview earlier this month Buffett said that Yahoo’s business has “continuously slipped” but did not mention a bid or a specific turnaround strategy.

Buffett and Dan Gilbert have been close friends since 2012, when Gilbert joined the Giving Pledge, an initiative created by Buffett and Bill Gates to encourage billionaires to give away at least half of their wealth during their lifetime or at death.

Berkshire Hathaway provided insurance on a $1 billion prize offered by Quicken Loans to anyone who completed a perfect bracket in the 2014 National Collegiate Athletic Association men’s basketball tournament. No one pulled off the feat.

“There could well be more business relationships in the future, but beyond that it’s a friendship,” Buffett said, referring to Gilbert, in a telephone interview with Reuters on April 5.

Part of the consortium’s interest may lie in Yahoo Finance. Gilbert has shown strong interest in that unit, according to a source who asked not to be identified.

Buffett has credited Yahoo with doing a “terrific” job during live streaming of Berkshire’s April 30 shareholders conference. At that meeting he also admitted that Berkshire had been slow to adapt to new technology as far as its investments were concerned.