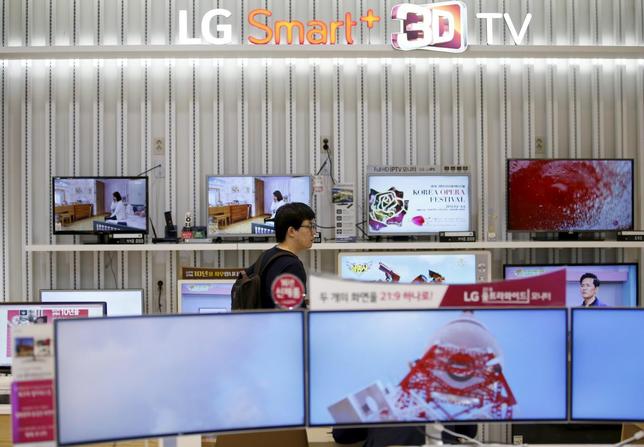 A man looks at LG Electronics’ TV sets, which are made with LG Display flat screens, at its store in Seoul, South Korea, April 26, 2016.

The investment adds to the 1.05 trillion won the firm committed in July 2015 for building its fourth organic light-emitting diode factory in the city of Gumi, about 200 kilometers southeast of Seoul.