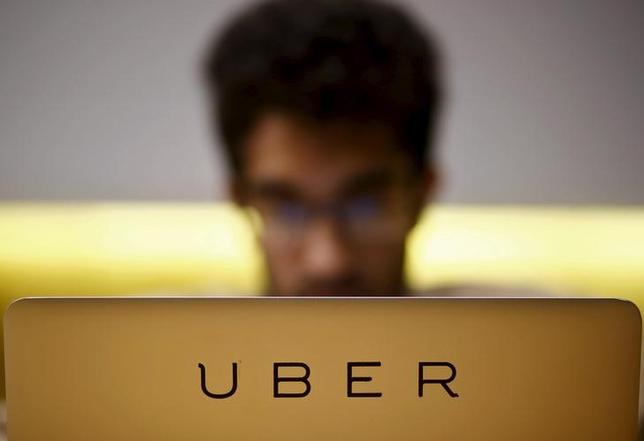 An employee works inside the office of U.S. online cab-hailing company Uber, on the outskirts of New Delhi, India, April 24, 2015.

Global ride-hailing company, Uber Technologies Inc [UBER.UL], has temporarily suspended ‘surge pricing’ in the Indian capital after the state government threatened to cancel permits and impound vehicles of its drivers, it said on Monday.

Rival Ola, backed by Japan’s Softbank Group (9984.T), has also suspended its ‘peak pricing’, the company said in a statement on Monday.

Demand for taxis has increased as the Delhi state government, trying to reduce pollution, introduced an ‘odd-even’ scheme to ration car usage based on their registration numbers.

Surge pricing is the term for when demand for taxis outstrips supply, resulting in Uber charging higher rates than normal to encourage more drivers to offer rides.

Delhi chief minister Arvind Kejriwal, who introduced the odd-even scheme, said in a tweet on Sunday that he had received some complaints against Uber and its local rival, Ola.

Kejriwal tweeted on Monday saying strict action, including permit cancellation and impounding vehicles, could be taken against taxis which charge rates more than government prescribed rates.

“Given the threat of the Delhi government … we are temporarily suspending surge in Delhi with immediate effect,” Gagan Bhatia, general manager at Uber for North India said in a statement.