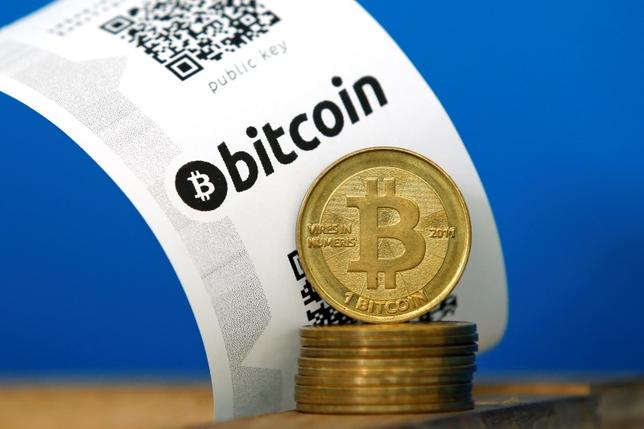 A Bitcoin (virtual currency) paper wallet with QR codes and coins are seen in an illustration picture taken at La Maison du Bitcoin in Paris July 11, 2014.

Global regulators have moved closer to regulating the fledgling fintech sector, which includes blockchain technology that supports bitcoin, to ensure the industry’s rapid growth does not pose any risks to the financial system.

The Financial Stability Board (FSB), which met in Tokyo on Thursday, has agreed on a framework for categorizing different components of fintech and assessing their potential risks.

The FSB, made up of central bankers, regulators and finance ministry officials from the Group of 20 economies, is looking at fintech partly in response to uncertainty over whether it will “disrupt” traditional banking.

Some big investment banks, including Goldman Sachs, are already investing heavily in fintech to avoid missing out. Analysts at Citi said this month that investment in fintech had grown from $1.8 billion in 2010 to $19 billion last year, mostly in payments systems.

Citi said the “tipping point” for disruption (for banks) was not far away in the United States and Europe, and had already been reached in China where fintech companies have as many, if not more customers than the major banks.

FSB Chairman and Bank of England Governor Mark Carney told a news conference broadcast from Tokyo on Thursday that the FSB did not have fundamental concerns about fintech and members wanted to look for opportunities to apply it.

“The important thing for us as members of the FSB is to be moving in parallel with these developments and not be stifling innovation, but being able to apply them in a way that improves the resilience of the system,” Carney said.

He said policy intervention by other authorities such as in competition, conduct and consumer protection, would need come before any financial stability considerations.

Blockchain, or distributed ledger technology, is used to underpin the web-based currency bitcoin but could have a wide range of other uses, including settling securities transactions, where legal ownership is exchanged for cash.

Carney said there was potential to free up some capital requirements for institutions because settlement would be in real time as opposed to delayed.

“That has to be weighed against potential operational risk,” he said.

Michael Bodson, president and chief executive of DTCC, the U.S. securities clearing and settlement company, said on Tuesday that regulators needed to have a strong voice in how blockchain is developed in markets to ensure financial stability is protected.