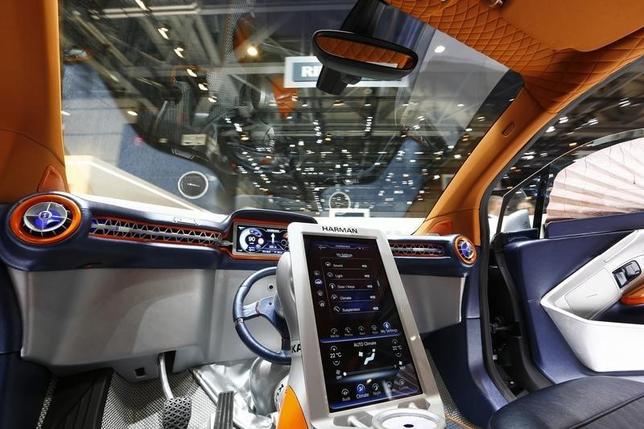 The steering wheel is seen resting in the middle of the dashboard inside a Rinspeed Budii self-driving electric city car during the second press day ahead of the 85th International Motor Show in Geneva March 4, 2015.

Near-universal adoption of self-driving cars in the United States is likely by around 2055 and poses a long-term threat to auto insurance companies, Moody’s Investors Service said in a research report released Tuesday.

The report forecasts that fully autonomous or driverless cars could be a common option on U.S. vehicles by about 2030 and is likely to be standard on all new vehicles sold around 2035.

That would lead to the technology being in a majority of cars on U.S. roads by around 2045.

“Accident frequency will fall sharply over time, and will ultimately translate into significantly lower premiums and consequently lower profits for auto insurers,” the report said.

The Moody’s report estimates that over the next five to 10 years, automotive technologies like automatic emergency braking are likely to boost insurance profitability as they may reduce crashes but not lead to an immediate reduction in rates.